Will launch in May, with animated series to come at later date 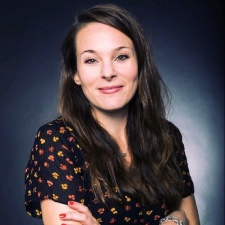 As the firm continues its endeavours into the mobile games space, Netflix has unveiled its upcoming mobile title based on the popular card game Exploding Kittens.

Exploding Kittens - The Game will be developed in partnership with Exploding Kittens creator, The Oatmeal, and will feature similar gameplay to the physical card game, but with additional exclusive features.

Going forward, Netflix plans to bring future cards and game mechanics into the title, which is scheduled to join the company’s slowly-growing games roster in May.

New ways to connect and interact

In addition to the mobile game, Netflix will also launch an "adult animated comedy" TV series based on the IP.

This transmedia approach is unsurprising from the streaming platform, considering its recent and upcoming number of games-related animated series, including League of Legends-based Arcane, and current mobile titles based on its own original IP, such as the previous Stranger Things mobile games from Bonus XP and Next Games.

Likely, the mobile game and series will work in tandem to draw users into Netflix’s expanding ecosystem, both as points of entry into its other offerings.

"Our goal is to offer our members great entertainment they'll love in whatever format they may enjoy - whether it be a game or an animated series," said Netflix head of external games Leanne Loombe.

"As we expand our mobile games catalogue, we're excited to partner with the Exploding Kittens digital team to bring this enjoyable game to all age groups, including a few exciting updates exclusively for our members."

Exploding Kittens co-creator and The Oatmeal owner Matthew Inman added: "Netflix is the only service that could bring Exploding Kittens to life in both a series and a game. We actually launched Exploding Kittens on Kickstarter as a weekend project, but our community has been the heart and soul of the company over the past six years. The new series and game will give our fans new ways to connect and interact with the franchise."

Last month, Netflix acquired two mobile games studios to support its growing operations in the sector, including US-based free-to-play mobile developer Boss Fight Entertainment and the previously mentioned Next Games. Although no figure was disclosed for Boss Fight, Netflix acquired Next Games for approximately $72 million, highlighting the company’s commitment to its latest vertical.