Articles and a video series expected 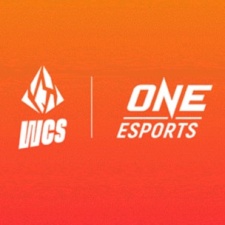 Riot Games has appointed One Esports as its Official Media Partner for the upcoming finals of the League of Legends: Wild Rift Champions SEA (WCS).

One Esports is a subsidiary of One Championship, and in this partnership will be involved in a number of promotional initiatives for the WCS finals set to take place from 23 April to 8 May this year.

One such initiative will be a Wild Rift video series consisting of a five-part episode titled WCS x One Presents: Rift Week!, and will include tournament highlights, player interviews, and more. There will also be a series of articles in English, Bahasa Indonesia, Tagalog, Thai, and Vietnamese.

Competing for a championship

Four winning teams in the finals of the pan-regional WCS will represent Asia Pacific in this summer’s Wild Rift Icons Global Championship. Taking place in Europe, participating teams will face off for a prize pool of $200,000.

"According to our research, 87 per cent of gamers in Southeast Asia regularly engage in mobile gaming," said One Esports chief editor James Lu.

"Wild Rift, which brings the League of Legends experience to mobile, is set to become one of the hottest esports titles in the region, and we are proud to be selected as Official Media Partner for the WCS."

Riot Games head of communications and channels APAC Jem Loh commented: "The WCS tournament this year has been characterised by some truly outstanding performances by local talent from around the Southeast Asia region. As the very best 11 teams come together to compete at the WCS finals, we are thrilled to work with One Esports to bring specially curated WCS content to our passionate Southeast Asian fans."

In March, Riot Games revealed a multi-year partnership with Coca-Cola to align the Coca-Cola brand with League of Legends: Wild Rift and Wild Rift Esports.