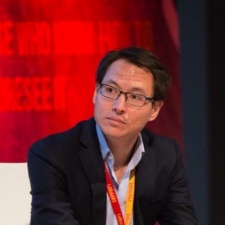 Gameloft for brands and ESL Gaming have announced the launch of an esports competition in Asphalt 9: Legends for Snapdragon Elite Gaming.

iOS and Android players will be able to participate in the Snapdragon Pro Series, competing for a place in the finals. Players across the world – from North America, Europe, the Middle East and North Africa – will face off in May 2022 for a share of the $27,000 prize pool.

As the latest game in the arcade racing franchise, Asphalt 9 is also being used as the base of Indian esports events, being run in partnership between Gameloft and Nodwin Gaming.

During the first season of the Snapdragon Mobile Open competition, players will race using Pagani hypercars in a branded game mode with sponsored videos and in-game displays.

"We’re thrilled to announce this new competition in Asphalt 9: Legends with ESL Gaming taking part of our massive in-game advertising network offering to Snapdragon to reach and engage their audience in a meaningful way!" said Gameloft for brands SVP of brand partnerships and advertising Alexandre Tan.

The open qualifiers run from April 20 to May 17 2022 with the goal of setting the fastest time possible each week on a particular track.

"Gameloft has been a great partner for many years and we are excited that they are joining us in the front seat while we start with the Snapdragon Pro Series journey," said ESL Gaming general manager, mobile Kevin Rosenblatt.