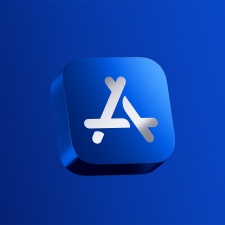 Sensor Tower analysis speculates that upwards of 3,000 apps might be facing removal from the App Store within the month, with mobile games set to see the biggest impact.

After Apple recently informed a selection of app and indie games developers that apps which have gone "a significant amount of time" since an update will be removed from the store, Sensor Tower analysed the broadest group of apps that may be affected.

Studying apps that saw at least 10,000 installs in 2022, the app intelligence company found that apps last updated before September 2020 are most at risk of removal. There were 2,966 apps that have not seen an update since 2018 at the latest, and 7,335 that haven’t since the release of iOS 14, having big implications if this is to be the metric for an app’s survival on the store.

By far, mobile games are the largest affected app genre, making up more than one-third of those affected. Indie devs especially have been taking to Twitter to voice their concerns and distress at the sudden announcement, stating games "can exist as completed objects" and don’t all need frequent updates.

Sensor Tower’s findings show that the most-installed game that might be removed is Geometry Dash Lite – having roughly 5.3 million downloads – and the at-risk game with the highest player spending is Bike Race: Free Style Games at $1.7 million.

Developers have a 30-day notice to update their apps or risk removal, so for now the full extent of the removals is yet to be fully understood.

Sensor Tower recently reported on US consumer spending on mobile puzzle games, finding that this reached $5 billion between April 1 2021 and March 31 2022, a 4.2 per cent increase over the previous year.