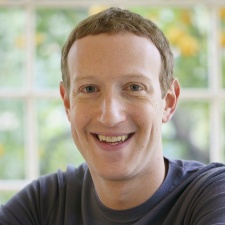 Meta founder Mark Zuckerberg announced that creators and collectors are going to be able to display NFTs on their Instagram profiles, withtesting of digital collections on Instagram beginning this week and promises of AR NFTs for Instagram Stories too.

The Etherium, Solana, Polygon, and Flow networks will be integrated into the social media platform, with Facebook compatibility ultimately on the books too, according to Zuckerberg.

The augmented reality NFTs are confirmed to be coming via Spark AR, which already sees use in creating AR experience on the Facebook family of apps.

Using Spark AR, Instagram users should have the ability to place digital art in physical spaces sometime in the future.

On Twitter, Instagram head Adam Mosseri tweeted that there "will be no fees associated with posting or sharing a digital collectable on IG". He also confirmed that the testing of NFTs is taking place with creators and collectors in the US.

Also in the world of AR, Niantic has recently announced Peridot, a new mobile game featuring AR creatures that, unlike in Pokémon Go, are part of an original Niantic IP.

Following a four-month open beta period, last week Genvid announced the official launch of Pac-Man Community as a Facebook Gaming exclusive, with 98 per cent of players choosing to do so on mobile. Facebook Gaming is also joining Code Coven for the Game Developer Program, which will guide under-represented talent this summer.