Pako 3, Kitka Games, and HypeHype celebrated for Small Screen Game of the Year, Rookie of the Year, and Creative Achievement, respectively 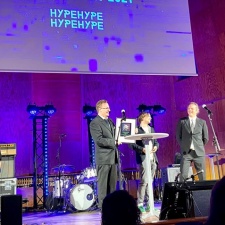 Finland’s games industry held the Finnish Game Awards gala last night, handing out a total of 10 awards to developers, industry influencers, and the games themselves, to celebrate Finnish successes over the course of the year.

Whilst the PS5 title Returnal won two awards including Finnish Game of the Year 2021, there was also a Small Screen Game of the Year award focusing on mobile titles. This award went to Tree Men Games’ car chase simulator Pako 3.

The Creative Achievement award was the third award to acknowledge the mobile sector, going to HypeHype’s game by the same name: HypeHype, a platform for game creation, remixing, and playing. Frogmind rebranded to HypeHype last November.

"Finland’s game year 2021 was a success story on almost all measures, as net sales are expected to grow by 15–20 per cent to close to three billion euros," said Neogames director KooPee Hiltunen.

"From an economic, creative, technical and community point of view, the Finnish game industry is in top condition despite a two-year remote working period and the challenging world situation. For these reasons, we can expect even more success in the coming years. This is especially true if we can address the labour challenges, at least for international workers."