Three sources suggest an extended reality business is in the works 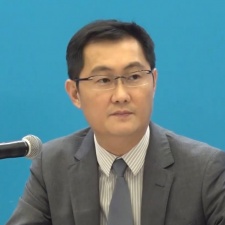 This week, sources claim Chinese megacorp Tencent has made an announcement to its staff regarding the formation of an official extended reality (XR) unit, according to Reuters.

Reuters cites three undisclosed sources, suggesting the unit will build an XR business both in terms of software and hardware for Tencent that was supposedly formed secretly earlier this year.

Of the sources, two claimed that there are plans for the unit to surpass 300 staff but added that plans are not yet concrete. Depending on performance, the final headcount may vary.

Mostly known for software like Honor of Kings and the more recent Pokémon Unite – which surpassed 50 million downloads in its first four months – Tencent’s rumoured XR unit would mark the company’s entry into hardware. A global launch of Honor of Kings, distinct from its Western counterpart Arena of Valor, is confirmed for mobile this year.

One source suggested Tencent founder and chief executive Pony Ma views this as a passion project.

If true, this isn’t the only new enterprise by Tencent. The company opened a new studio in Liverpool, England last month headed by global vice president of partnerships Pete Smith, even despite Tencent Holdings reporting its slowest revenue growth on record.

Would a Tencent acquisition of Supercell benefit it or the mobile game industry?