Although the firm’s mobile title made over $24 million in its launch, Blizzard has confirmed its monetisation strategy won’t extend to Diablo IV 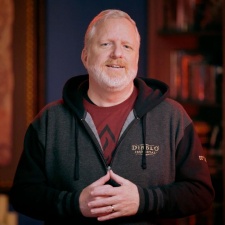 Despite Diablo Immortal making over $24 million in the first two weeks of its release, making the game Blizzard’s second-highest earning mobile title, after Hearthstone, the firm has confirmed it won’t be taking Diablo Immortal’s controversial microtransactions forward into the upcoming Diablo IV, according to ArsTechnica.

Although concerns have escalated following the recent publication of a job listing for product manager on Diablo IV, mentioning “the Diablo IV in-game store experience” as “a key component of Diablo IV’s seasonal content strategy”, developers have stepped forward to dissuade these worries, stressing that Immortal’s approach does not signal a new direction for the series.

Diablo franchise senior vice president and general manager Rod Fergusson, stated on Twitter: “To be clear, [Diablo IV] is a full price game for PC/PS/Xbox audiences. We are committed to delivering an incredible breadth of content after launch, for years to come, anchored around optional cosmetic items and full story driven expansions.”

While the statement suggests that Blizzard recognises the key differences between mobile and console or PC audiences, and PC and console games have traditionally steered away from the so-called “pay-to-win” model, Microsoft and Sony are exploring opportunities within F2P titles, and implementing non-disruptive in-game advertising.

But for the time being, Blizzard is adamant it is not exploring F2P models for its PC and console iteration. Blizzard Global Community Lead Adam Fletcher tweeted: “Paid content [in Diablo IV] is built around optional cosmetic items & eventually full expansions. We will be sharing more info soon!”

Diablo Immortal’s success comes regardless of Blizzard’s refusal to release the game in Belgium and the Netherlands, due to their strict regulations regarding lootboxes.