Matchmaking IP holders with game developers within its platform 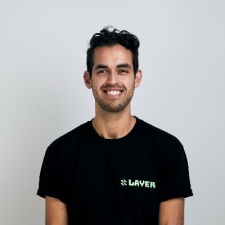 Australian company Layer has launched a new marketplace dedicated specifically to digital licensing as it aims to alter how licensing deals are managed between brands and game companies.

Based on parameters such as commercial requirements and thematic suitability, Layer matches game developers with the profiles of IP holders. Companies that agree to match are then able to negotiate terms of collaboration within the platform.

The company was founded with the intent of democratising IP licensing, streamlining and simplifying the process.

"With characters skins, themed seasons, or co-branded DLC and other in-game purchases, there are so many more ways well-known IPs can get into the gaming space nowadays. Despite interconnected metaverses potentially being years away, we’re already seeing major brands take their first steps inside these virtual worlds, and this trend will only accelerate," said Layer co-founder and CEO Rachit Moti.

"Historically, securing an IP was a very complex, labour-intensive legal process that was normally reserved for large publishers with the capital and right know-how – something I believe is antiquated and no longer fit for purpose in the modern entertainment landscape. We’re here to change that and give developers of all sizes a seat at the table."

Fellow Australian company iCandy Interactive recently announced the signing of a binding agreement to acquire a 60 per cent stake in Flying Sheep Studios.