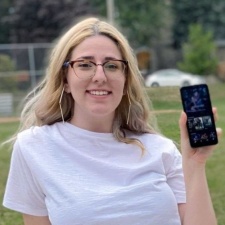 Franci Dimitrovska, game writer and associate content manager at Electronic Arts, gave her essential advice on creating more diverse stories in mobile – an avenue that many underestimate as a vehicle for meaningful representation and impact. However, Dimitrovska was keen to express the

“No one really talks about mobile games as a hugely normative force. When people think of the Candy Crushes or Angry Birds, no one expects controversial content. We can take advantage of this, and present what we think the new norm should be.

“This isn’t a new idea. The New York Times crossword puzzle has defined what common knowledge is, and as with a lot of older hobbies, white men are hugely overrepresented in crosswords. Women and people of colour are largely underrepresented.

Dimitrovska argued that the ubiquity of mobile games is an underutilised strength as a force of positive change, especially the biggest titles with live ops elements. “I find the live ops cycle really exciting. There are so many opportunities to reinvent your game throughout this process.

“Mobile games are smaller in scope. We don’t think of it as a primary vehicle for storytelling. But we can highlight underserved communities, include narratives out left of mainstream mobile gaming, and shift the norm towards inclusion.

“As long as the content is generous, enthusiastic, and chosen. Be generous with your time and research. What you can do is hone that Spidey-sense about asking the considered questions and what’s important to your audience.”

Dimitrovska profiled a number of titles that she thought had successfully made substantive and successful representation including:

RuPaul’s Drag Race Superstar strongly represents the show’s campy, queer appeal without toning it down to try and meet a wider, more amorphous audience. It platforms a diversity of body types and disabilities with affection and awareness.

Insecure: The Come Up Game turned character creator on head: prioritises darkest shades and black hair styles are prioritised in the first page.

Gardenscapes is proactive in asking for feedback often, “and it’s super helpful when you have a community that is willing to help you out”. Additionally, cultural content is not pay-gated.

Marvel Puzzle Quest: In lieu of a Pride Event, the team offered significant currency increases to its players when using queer characters, incentivising players to engage with them.