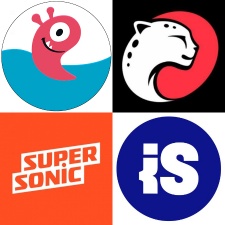 A new report by GameIS and Deloitte has delved into the Israeli gaming industry, finding that the country’s gaming industry has seen a considerable 760 per cent increase in revenue over the past five years, with an average year-on-year increase of 54 per cent.

Revenue for the industry currently stands at $8.6 billion, or five per cent of the global total – up from $1 billion in 2017, with mobile by far the most popular platform in the country. Similarly, the number of people employed by the country’s gaming industry has increased from 4,000 to 14,000 – 250 per cent, with an average increase of 38 per cent.

The data also shows that Israel has followed a global trend, with mobile gaming becoming increasingly popular and earning developers more revenue over the course fo the pandemic, and maintaining that growth after lockdowns eased.

Mobile is the most popular platform in Israel, with social and casual being the leading investment categories. These genres thrive on strong monetisation strategies and analytical capabilities, and the considerable data analytics industries and expertise in Israel gives them a competitive advantage.

On any given day, two of the top 10 games in both the highest grossing and most downloaded games were created by Israeli developers. CrazyLabs and Supersonic games are cited as fixtures in the most downloaded charts, with games such as Slotomania and Coin Master being common sights in the grossing charts.

Specifically, Slotomania developer PlayTika is singled out as the country's most successful gaming company.

With these genres being the most successful, many developers are focusing on mobile development due to the quicker development time and market audience for the genre.

No triple-A studios in Israel

The Israeli gaming industry does face notable challenges, however. A scarcity of specialised gaming programmes in universities and the difficulty faced by foreign workers hoping to emigrate to Israel means that there is a lack of local talent in the industry – notably, the country has no triple-A studios.

The report also cites a lack of global investment and the demand for quick turnover and fast return of investment as behind some of the mobile focus – and success – in the country.

Government funding is also a notable barrier, should Israel wish to transition from mobile. At present, the Israeli government offers no grants for gaming development, claiming that the Israeli Innovation Authority lacks expertise in the gaming industry. The relative speed and earning potential of mobile games, especially in genres where Israeli companies can utilise their expertise in data analytics, therefore makes mobile a more appealing choice.

The report states that these barriers can be overcome with a two-pronged approach: an increase in funding by the Israeli government – with strategies such as grants, loans, and tax incentives – could help the Israeli gaming market compete with other countries.

In terms of human capital, more training programs, internships, and university courses could see the Israeli market increase further in both the mobile games space and the larger games industry.

Last week, Joffre Capital acquired a 25.7 per cent stake in PlayTika, which recently laid off around 250 employees across studios around the world.