The company has acquired 30% of Pinpin Team 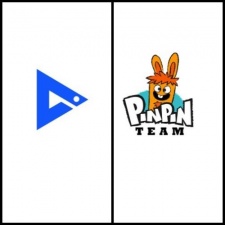 At present, it hasn’t been revealed what amount Azur Games invested in the company.

"We’ve been watching the studio for a long time and highly appreciate the team’s professionalism, so we proposed a strategic partnership. Azur Games’ investment leverage and marketing expertise will help Pinpin Team to fully focus on developing new products and increase the company’s capitalization. In turn, we’ll gladly take over the publishing of all the company’s gaming projects," said Azur Games co-founder Dmitry Yaminsky.

Pinpin hopes that this new partnership will help it grow its platform, and offer the company the strategic support it needs to better monetise through the use of self-publishing.

"With Azur Games, we are proud to have found the perfect partner to bring Pinpin Team to the next level. Azur Games's expertise in mobile gaming, and more specifically in Hybrid Casual Gaming, will help us increase our knowledge in this field quickly and efficiently. Also, Pinpin Team will get strategic support from Azur Games to become self-published and grow faster," said Pinpin Team founder Géraud Paillard-Brunet.

Azur Games' titles have been downloaded more than three billion times as of July 2022, having reached a milestone two billion installs in 2021. The company's most popular title, Stack Ball, has been installed more than 420 million times.

. The company has consistently growing its brand through investments in studios, such as Neosus. Last year, the company made its first steps into the emerging metaverse with an investment in NFT-based blockchain platform Axes 2.0.