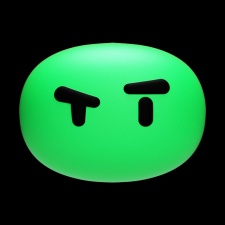 TapTap – an alternative to Google Play on Android devices – has announced a rebrand, including a new mascot and a new logo.

In a statement released on the company’s website, a spokesperson said “While we’ve been hard at work at leveling up your experience on TapTap, we’ve started to realize that something was missing. Yes, we’re hitting all the buttons in terms of function and content, but the whole experience of TapTap just wasn’t fun.”

“We’ve realized the missing link was that there wasn’t a strong connection from the games we play to the entire TapTap experience. That’s when we decided that our brand sorely needed an ‘update’.”

The company sat down with both gamers and developers to discuss what TapTap could mean both for them and the wider gaming community. Through this, the spokesperson stated, the company “learned what the answer was to our brand’s purpose: TapTap should feel like an extension to the gaming world, the game doesn’t end when you hop on to TapTap, and TapTap should feel like a home (or secret hideout) for all gamers out there.”

The newest iteration of TapTap features a new layout with green taking the place of blue, and a bolder logo will help the company stand out from competitors. Meanwhile, the company has also introduced a new mascot, Tato, which it hopes will symbolise the “collective community and the range of emotions in gaming.”

“When designing our mascot we had only 1 criteria in mind (other than being perfect): we wanted a character that could conceivably appear in any game. Whether a 3D platformer, a 2D side-scroller, a fantasy RPG, a sci-fi shooter, our mascot can live not only in our world at TapTap but can live in every one of ours.”

Despite the changes in the ser interface, the company stresses that this won’t change how users interact with the TapTap storefront, or change the company’s mission to expand gaming to everyone.

“TapTap is different on the outside, the same on the inside.”

TapTap’s rebrand comes amid concerns regarding Google Play's payment policies. In July, we reported that while Google will allow alternative payment methods for most apps, games will still require payment through the Google Play store.