Available jobs in the video-game industry nationwide saw their largest monthly drop - but there may be a silver-living for indie developers. 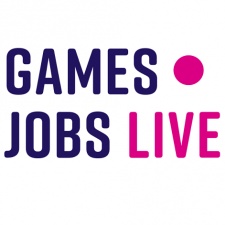 Video-game jobs aggregator Games Jobs Live have shown that the UK game industry has seen its biggest monthly drop in vacancies this year in their September 2022 update. Vacancies are down by 246, with most AAA developers seeing the biggest drops. However for some mobile developers roles are still being slowly added.

Games Jobs Live is a website that runs livestream events which promote vacancies within the UK games industry for both veterans and new entries into the industry. Their monthly reports provide an overview of which companies are adding which roles and in what amounts. Their September report may make concerning reading for some, with a large contraction of available roles.

Looking to the Future

It’s important to state, however, that there isn’t any solid indication of how many of these roles are due to redundancies. It could be seen to instead suggest a more moderate approach to recruiting. Anything beyond noting a lack of vacancies would just be speculation, however for the mobile industry we can see some key areas of note. Whereas ‘Candy Crush’ developer King has dropped around 69 roles, indie developer Kwalee is adding at least 1 new role.

The report suggests that the overall outlook, "May be a sign for instability to come for the UK Games Industry.", relating it to high-profile layoffs from companies in other tech industries, such as Meta and TikTok. However, they also note a slight increase of vacancies outside of the London and South-East area. Which could be considered good news for those wanting to see the industry grow outside traditional business centers, however slight.

Kwalee, working independently, may not be under as much scrutiny as a company like King which was recently featured in our list of the 10 biggest video game acquisitions of all time. With the amount of investment any company is under with a parent company, there is likely to be a greater watch on where roles are being added and for what reason. Whereas, in the case of indie developers, others have more freedom to grow where they see fit, whether this is an early indicator to any major industry shifts is yet to be seen.

Kwalee also featured on our list of the Top 50 Mobile Gamer Makers of 2022 where we noted the opening of its fourth international office in Lisbon, Portugal.