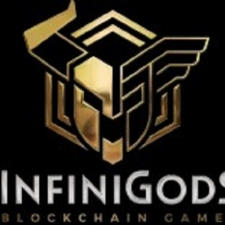 Founded by industry veterans Damon Gura (DGN Games, Williams Interactive) and Owen O’donoghue (Facebook Gaming), blockchain developers Infinigods has reportedly raised $9M USD in seed capital according to their website’s whitepaper. Their first game, Infinimerge, a puzzle game, has already been released with cross-platform support being promised in the near-future.

The game and most of Infinigod’s projects are themed around ancient mythology such as Greek, Norse and Chinese gods, hence the name.

InfiniGod’s whitepaper makes a point of emphasising their purported focus on player enjoyment, writing on their site, "Our ambition is that by making fun, easy to play games we can onboard millions of new players into Web 3 gaming." InfiniGods is aiming to focus on interoperability between their first game and two more planned games, InfiniTowers and Infinite Isles.

The whitepaper discusses the issues they believe Web3 gaming has faced in breaking through to a mass audience, "The barrier to entry was high, projects were prioritizing games as a financial product and, simply, the games were not fun."

InfiniGods has accompanied the release of its first game with a ‘pass’ system that will reportedly allow players to access content, gameplay boosts and in the case of the InfiniPass also to receive exclusive NFT drops. An NFT collection is also being planned, named Elder Gods, in keeping with the studio’s focus on mythology.

Whether InfiniGods can succeed in making the difficult pitch to gamers that Web3 is the future of gaming remains to be seen, but with significant money being put into the project it seems to at least indicate investor confidence.

If you’re interested in learning more about Web3, and are attending our Pocket Gamer Connects Helsinki event in the coming days, be sure to check out our Blockchain Games Next Summit.