The company, based in Türkiye, has seen an impressive number of downloads for its airport manager sim. 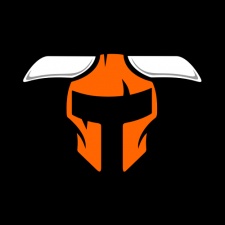 Panteon recently celebrated 10m downloads for their game Airport Master. The game is a simple business-management sim that challenges players to develop an airport, manage it, make flights, hire employees and expand the interior of their terminal, using cartoonish, simplistic graphics. Hitting those kinds of download figures is no small feat, as reported on Mobidictum, and points further to an increasing mobile gaming presence in the MENA (Middle-East, North Africa) region.

Many industry professionals have been optimistic about the growth of Türkiye’s mobile game industry, such as Zynga president of publishing Bernard Kim. Zynga has been heavily involved in investment, acquisitions, publishing and more for Turkish developers, and so far this has paid off heavily, as their subsidiaries in the country were some of Zynga’s highest earning.

In the face of economic difficulty in Türkiye with traditional industries declining, the mobile games industry has survived relatively intact and is even growing. With some outlets indicating that the country is set to become the fifth largest mobile game maker by revenue in Europe. Some have claimed that this success is down to the unique, practicality-focused mindset of many Turkish developers.

Certainly, business management or ‘tycoon’ games as they’re sometimes called, are popular across all platforms. With the simple appeal of watching something grow capturing many of the key aspects (engagement, repetition etc.) that raise player retention.

Whatever the key to success, Türkiye is set to become one of the places to watch,. The MENA region has become a major focus of those looking to find the next big area of the world for the future of mobile gaming.

Meet with innovative companies and leaders to explore key opportunities in the MENA region this November at Pocket Gamer Connects Jordan and the PGC Leaders Summit Riyadh. For more information on our upcoming MENA events and media activities, see here.

Zynga pushes forward with season passes for their catalogue