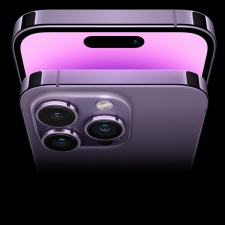 The latest iteration of iPhone has been in people's hands for the last few weeks, with the Pro and Max versions of the iPhone 14 being released back in September. Now it's time to see if Apple has managed to create a device that leads the way for mobile gaming.

Details from Tom's Guide show that the iPhone 14 uses the same A15 Bionic chip as the iPhone 13 pro, whereas the 14 Pro features the new A16 bionic. Whilst the difference between the two may not represent a massive difference it does impact mobile gaming, as the processing power some titles now demand can be far more substantial than we have seen before.

The pro version of the latest iPhone showcases slightly better frames-per-second due to the power of the A16 Bionic, however not everyone will notice this difference and in part, it would depend on the types of mobile games being played. In fast-paced games such as shooters or racing titles it may feel more evident, whereas in a casual point, click less so.

For those playing games that take advantage of 90Hz and 120Hz refresh rates, the iPhone 14 Pro presents a ProMotion display that will fully utilise those capabilities, and games such as Genshin Impact benefit from higher and smoother frame rates. It is worth noting that the standard iPhone 14 version still only supports a 60Hz refresh rate which may result in slightly slower frame rates for some titles.

Battery life is also another key component when it comes to gaming on your phone, nobody wants to play one match of something and then realise they need to go put the device on charge. A series of tests run by Tom's Guide on the iPhone 14 Pro Max resulted in an average battery life of 13 hours 39 minutes however with 20W charging the device isn't the fastest to regenerate its battery life. For gamers, this means there is ample time to play before needing to recharge, and it allows you to play games on the go or whilst travelling without draining all of the battery.

For avid gamers, the 120Hz display on the Pro may be worth the extra investment however the standard 14 or even its predecessor iPhone 13 make for worthy mobile gaming devices.

Apple recently announced it would be enabling the purchase of NFTs on its iOS app store however it comes with a 30% cut on each transaction.