WordSurge was promoted on ITV show This Morning 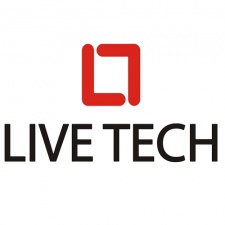 The game was launched live on the popular This Morning programme by hosts Dermot O’Leary and Alison Hammond. WordSurge acts as an extension of the This Morning app, andthe game’s launch was accompanied by a live competition with players at home facing off against each other.

With WordSurge, players can compete and battle for cash prizes sponsored by ITV Win.Since its release on October 21 the title has reached the number one spot in the App Store in both the Free Games and Trivia Games charts. The game is also available on Android devices.

“We cannot thank ITV enough for the support it has given Live Tech Games, and are looking forward to seeing the results that this fun, entertaining and competitive game creates,” said Live Tech Games co-founder and co-CEO Samuel Worsley.

“We’re thrilled to be targeting a different audience with our new word play game and can’t wait to see the response WordSurge receives from players.”

The launch of WordSurge follows a $2.8 million investment in Live Tech Games by ITV, giving the company the opportunity to interact with ITV’s audience throughout the UK. Following the airing of This Morning, players can take part in a live competition for prizes. This investment was a part of a strategic bid by ITV to convert viewers into competition entrants.

“We are planning to grow WordSurge in the coming months, expanding its audience and enticing more players. We are also discussing the possibility of introducing different combinations of prize allocations to the game and hope to add more new features as the game progresses,” said Worsley.

This Morning is known for hosting a variety of competitions with thousands of pounds in cash prizes, and recently facing criticism for one contest where energy bills were listed as a prize. WordSurge is just the latest such competition, albeit the first to utilise mobile gaming in this way. ITV Director of Digital and Creative Partnerships Bhavit Chandrani states that the format will allow the show to better appeal to younger audiences, as well as attract new sponsors.

"ITV and the This Morning team are thrilled to be working with Live Tech Games to bring this form of second screen content to our viewers,” said Chandrani.

“This is a really exciting new form of interactive entertainment that will enhance our reach with a younger audience and create innovative sponsorship opportunities for brands."

Is this gambling? Well, the contest’s terms and conditions say that no purchase or payment is necessary to win, unlike many of the contests run by the channel. However, it could potentially be seen as a gateway to other contests which do charge entrants. Should this initiative prove successful then it’s feasible that we could see more such games in the future.

Last year, ITV picked up a pilot for a game show based on the Live Tech Games title Roshambo Live.