Series A round led by venture capital fund Makers Fund 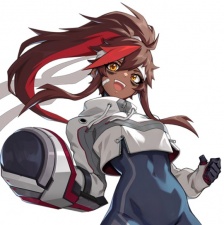 Canada-based mobile games developer Odyssey Interactive has raised $19 million in a Series A funding round led by the venture capital fund Makers Fund.

Further participation in the round came from Anthos Capital, The Mini Fund, Andreessen Horowitz (a16z) and angel investor Mitch Lasky.

On Steam, Odyssey launched an open beta for Omega Strikers, its debut free-to-play title, earlier this year. The game is set for a full launch in the early parts of 2023 with a synchronised release on console and mobile, cross-progression included.

Odyssey was originally set up by former employees of Riot Games and Netflix in 2020, raising $6 million in a Seed Round to kick things off. With the company’s founding, former Riot Games product lead Richard Henkel became Odyssey CEO and former League of Legends design lead David Capurro moved to chief commercial officer of Odyssey.

"The reception to this early version of the game has humbled us – the fanart, streams, and highlight reels have given us a glimpse into the sort of impact we dream of having for players all over the world," said Odyssey Interactive co-founder Dax Andrus.

"Our goal as a dev team has always been to inspire and ignite the competitive spirit of players, and we believe we can hit that aspirational height by integrating their feedback from the beta, and by doubling down on launch."

Makers Fund partner Ryann Lai commented: "The Odyssey Interactive team has an impressively well-rounded, hands-on experience in developing, shipping and running live service games. The launch of their first title, Omega Strikers, showcases their ability to create an endearing IP and to execute with the nimbleness, precision and savviness necessary to succeed in today’s highly competitive content market."

In its Series B round last week, mobile games publisher Homa raised $100 million to expand its platform and increase the efficiency of game development.