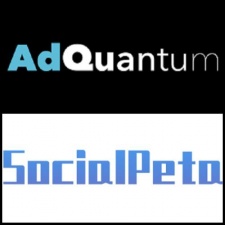 A new report by SocialPeta and AdQuantum delves into the state of app marketing over the first half of 2022.

Advertisers saw a 10 percent year-on-year increase in emerging markets such as the Middle East, South America and South Asia in the first half of 2022, despite a two percent decrease in the number of advertisers and a 27.83 percent decline in the total number of creatives over the same period.

Predictive analytics are growing in popularity worldwide, with more and more publishers using such systems for the first time. These systems simplify the process of evaluating the effectiveness of ad campaigns, and allow for quicker decision-making on traffic optimisation. This is especially true for SKAdNetwork campaigns that can use predictive analytics to separate paid and organic traffic.

Advertisers on Apple devices are adjusting to the new market environment following new privacy regulations, however the report suggests that working on iOS campaigns will get simpler with the release of the SKAdNetwork 4.0 framework.

UGC-like (User Generated Content) creatives saw a 1.5x increase in the share of creatives in H1 2022 compared to H2 2021 in the Games, Finance, and Health and Fitness categories. Tests have shown that these creatives are particularly prevalent on TikTok, and can “compete with motion 2D and 3D videos and diversify marketing and creative strategy.” Such creatives can hit the needs of consumers and, in the case of fitness and nutrition apps, even motivate them to improve their lives.

The report also identified a trend of advertising platforms continuing to shift towards automation, in part due to the simplification of targeting settings. AdQuantum and SocialPeta expect that the majority of ad platforms will continue to focus their main efforts around automated campaigns over the second half of the year.

Casual games continued to see the largest number of ad creatives over the first half of 2022 at 18.14 percent, a 1.07 percent increase over H1 2021. Puzzle games came in second place at 13.67 percent, representing an increase of 0.74 percent. RPG games, which last year came in second place in terms of percentage, saw 12.14 percent of the total number of creatives, a decline of 1.50 percent.

Despite the decrease in the number of advertisers in the market, the USA saw the highest proportion of paid social traffic sources for games at 58.6 percent, which the report cites as being due to the country’s significant audience size and the quality of the traffic garnered in the country. The report states that various strategies can be used to attract high LTV players in the USA, including implementing a tiered marketing strategy which allows publishers to lower the so-called cost pressure.

Between iOS and Android, advertisers seem to be more focused on the Android market. Since Apple introduced its new IDFA in Q2 2021 there’s been a steep decline in the number of creatives and advertisers on the iOS market. Q2 2021 saw Apple creatives account for 39 percent of the total, compared to 27.5 percent in Q2 2022.

In contrast, Android saw 61 percent of creatives and advertisers in Q2 2021 and 72.5 percent in Q2 2022, suggesting that the chainge in regulations has reslted in an increased focus on the Android market.

Last month, Digital Turbine revealed that 61 percent of publishers surveyed have adapted to the SKAdNetwork, while a further 27 percent plan to adapt to and use the network in the future.

52.3% of Canadian gamers play games on mobile devices - more than any other platform