Intrinsic ads are viewed more fondly by gamers, and may be more effective than interstitial ads

Intrinsic ads, adverts that are integrated seamlessly into a game world, are preferred by players and are possibly more effective than interstitial ads at advertising companies products 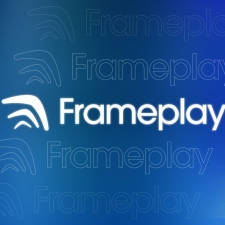 Intrinsic game ads, adverts that appear in locations such as on billboards or physical locations in the game world, are preferred by gamers over more common marketing such as interstitial ads according to one of the firms behind them, Frameplay. They cite information from the State of Gaming Comscore report which indicates that one-in-three gamers say that ads “negatively impact their experience.” Their survey meanwhile noted that interstitial ads were viewed much more favourably, with interstitial ads the second most disliked.

Although for some sceptics, the idea that gamers like certain ads more may not be enough to sway them. But as Frameplay notes in the report, they may actually be more effective too, “Intrinsic ads are also the most likely to incite action. That could be because they mesh with the gameplay, enhancing the gamer's experience and the brand association.” By ensuring the positive connotation of game enjoyment alongside adverts, it can help to prime players to engage more positively with ads.

Intrinsic game adverts are by no means a modern invention. Although games produced by companies to promote their products were once in vogue, with games such as early FPS emulator Chex Quest. As early as the 2000s firms saw the value in having their adverts integrated into the game world itself. Crazy Taxi is one such example, with KFC restaurants, Tower Records stores and more all integrated into the fictionalised city of San Francisco in which the arcade game is set. Chief Strategy & Operations officer for Frameplay, Cary Tilds mentions as much in her conclusion for the report, “Players want to see brands within the game that reflect their own reality.”

The advantages of intrinsic ads are many, for one, the less intrusive nature means players are primed to view the adverts in a neutral or even positive way. These ads can also make a game world seem more realistic, as in a modern city you’re more likely to see a KFC than a generic “Fried Chicken Restaurant.” Finally, intrinsic ads are constant, not relying on interrupting the gaming experience, and are constantly viewed and absorbed by a player during the normal course of gameplay.

In-game advertising was also discussed by VP of Gaming at Bidstack, Antoine Jullemier who discussed how to integrate both monetisation and gameplay in a harmonious way that didn’t impact the player’s experience. Although his suggestion of constantly updating advertising may be taboo for some when it comes to console and PC, on mobile it may be a way to integrate the obvious interest Frameplay has recorded.

33% of puzzle gamers view ads positively but 43% will quit if they’re too prevalent: how can game makers hit the sweet spot?