Riot Games previously published its major titles League of Legends and Teamfight Tactics through Singaporean publisher Garena, but will now produce and manage online services themselves. 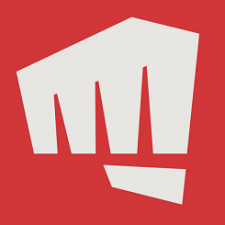 Early this morning, Riot Games announced that they were ceasing their publishing deal with Singaporean company Garena, which up until now had been publishing their titles League of Legends and Teamfight Tactics in the South-East Asia region. The agreement, to be fully dissolved by January 2023, stipulated that Garena would handle server administration and accounts for the game through their services. Now, it seems that Riot is looking to consolidate and move SEA players to the wider League ecosystem.

Over the following months, Garena accounts will be transferred to Riot’s online services, and server management will be taken over by the company from Garena. Riot were magnanimous in their announcement, stating, “Over the past decade, Garena has been instrumental in growing the League community and we’re thankful for their partnership. With Riot’s growth and expansion into a multi-game studio, we are continuing to focus on serving more players around the world and especially in the Asia-Pacific regions.”

Starting a Riot - why is Riot consolidating?

A major part of this move may of course be revenue. Originally, the South East Asian market may not have been a priority, or seen as too difficult for Riot Games to move into, so they worked with Garena in order to sidestep any potential issues. However, as Riot become more confident in their global management of League and its spin-offs, they likely feel emboldened to take over managing the game and benefit from such a lucrative market. Especially as they grow more experienced in dealing with the market first-hand, as they already publish titles like VALORANT and League of Legends: Wild Rift by themselves in the region.

Garena, meanwhile, will be feeling the pinch. Earlier this year it, and parent company Sea Limited, saw a $1 billion quarterly loss as well as cost-cutting measures in the wake of these losses. Although this may not prove to be a killer for the company, it’s possible we’ll see more cost-cutting measures in the wake of this announcement as Garena looks to manage their loss.

Riot games also announced earlier this month that they would be renaming their newly acquired affiliate from Wargaming.net, from Wargaming Sydney to Riot Sydney. Given their efforts to expand across the Asia-Pacific region, it may be that Riot Sydney will have a significant part to play in managing the newly self-published titles.