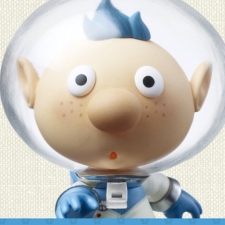 As Niantic’s Pikmin Bloom enters the latest phase of its first-anniversary celebration, crossover content with Pikmin 3 Deluxe on Switch has begun to be rolled out. But the question must be asked: Can a push from Nintendo fertilise Pikmin Bloom with that same magic as Pokémon Go?

From one AR game to another

Throughout this month Niantic has been celebrating Pikmin Bloom’s first anniversary with a Community Week, commemorative décor and more. The latest addition, the Pikmin 3 Deluxe Event, began on 15 November as a crossover between Pikmin Bloom and Switch title Pikmin 3 Deluxe. Running until 9 December, players who complete step-related tasks in Pikmin Bloom will receive badges featuring 3’s trio of protagonists Alph, Brittany and Charlie. Furthermore, those who have played the Switch title will be able to obtain an Onion-styled backpack in Bloom.

Pikmin Bloom launched one year ago as the latest Niantic AR game to use a Nintendo IP. With an even heavier emphasis on walking than its predecessor Pokémon Go, the game acts as a diary of daily steps and has players pluck Pikmin as they go. In its first two weeks after launch, Pikmin Bloom generated over two million downloads and $473,000 in revenue across the App Store and Google Play Store, with Japan on top in terms of player spending.

By comparison, within its first two weeks back in 2016, Pokémon Go generated more than 75 million downloads and roughly $116.4 million in consumer spending, far outperforming its Pikmin counterpart.

To what extent the crossover rewards will help Pikmin Bloom grow is yet to be seen, but Nintendo’s determination is clear. The company even devoted a portion of its latest Nintendo Direct to Pikmin Bloom, bringing awareness to the mobile game ahead of a Pikmin 4 announcement for Switch.

It has been six years since Nintendo’s first venture into mobile, and when it comes to downloads, the company recently reached an "equivalent to the cumulative unit sales total of all Nintendo hardware".