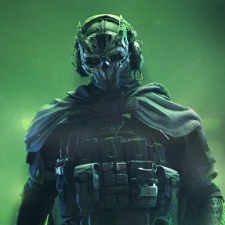 These are impressive numbers, even for a f2p game, putting it at parity with Apex Legends Mobile’s pre-registration numbers. Activision have also announced more unlockable rewards for a 35m pre-registration milestone, encouraging more players to sign up. These numbers would also be even greater than the playerbase for mainline console entry Modern Warfare 2, which stands by some estimates at around 12m players.

The appeal of Warzone Mobile, even pre-registration, is probably in its easy accessibility. Warzone is not a premium title like Modern Warfare 2 on consoles, and is in-fact available free on multiple platforms. Peak numbers for Warzone as it has been available so far stand at about 100m, so Warzone Mobile is already a quarter of the way there. Given mobile is a much more widespread platform than PC or consoles, it’s likely the player numbers will significantly increase the closer it gets to launch. Judging by the commitment to new unlockables, it's also clear that Activision are anticipating higher numbers before launch too.

Given Phil Spencer’s recent comments about the importance of mobile gaming to the Activision-Blizzard acquisition deal that’s been dominating headlines recently, Warzone Mobile could be seen as a litmus test. Given the deal is developing, and is still being examined by regulators however, massive and sudden success could sound alarm bells for other platforms, not just in the argument about CoD’s availability on the Playstation.