The company reported $22 million in revenue in Q3 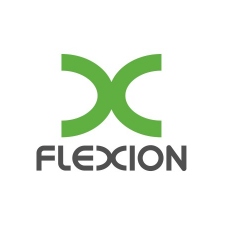 Flexion has released its financial results for the third quarter of 2022, showcasing the company's strong performance over the period with a sixth consecutive record quarter.

The company celebrated a 138 percent increase in revenue, reaching $22 million compared to $9.25 million in the third period of 2021.

These strong results are mirrored in the January-September period, which saw total revenue of $55.5 million, a 111 percent increase from the same period in 2021, when the company recorded revenue of $26.3 million.

"This was another exceptionally busy and strong quarter where we saw a great deal of momentum, especially within Distribution, and where we reported organic growth of 111%," said Flexion CEO Jens Lauritzon. "At Group level, this resulted in explosive year-on-year quarterly revenue growth of 138%. Strong growth can also be seen for gross profit and EBITDA, at 196% and 951% respectively.

This is our sixth consecutive quarter with record figures, and naturally we are very proud of this achievement."

Flexion is the latest company demonstrably navigating the market as it continues to normalise, and this can be attributed, in part, to numerous significant events in the quarter. The company launched King of Avalion after signing it in Q2, and both signed and launched Matchington Mansion and Magic Tavern.

Flexion also signed Call Me Emperor on the Japanese market and signed Kiss of War during Q3.

Q3 also saw the completion of a $500 thousand investment in Liteup Media in exchange for a 20 percent stake, and the launch of Liteup's CPI service tarketed at TikTok users.

Looking forward, Flexion anticipates further success with an upcoming deal with Amazon and Windows 11, which will help it bring android titles to PC audiences.

Flexion bolsters its management with key hires and promotions