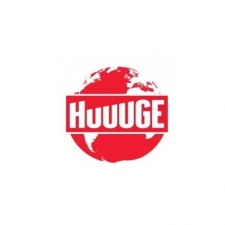 Huuuge Games has released its latest financial report, delving into the company’s performance over the third quarter of 2022.

This suggests that, while some companies have managed to buck the trend of decline as the market continues to normalise, Huuuge Games is falling in line with many other games companies as it tries to navigate the post-covid market.

Despite these falls, the company has seen success in other metrics. Adjusted EBITDA stood at $24.5 million, compared to $17.7 million in Q3 2021, representing an increase of 38.7 percent. The company’s operating result also increased from $11.3 million to $18.5 million, a 64.2 percent increase.

Despite a fall in both DAU and DPU, the company saw a 15.4 percent year-on-year increase in average revenue per daily active user, from $1.30 to $1.50. This suggests that while there are fewer people making in-app purchases, those that do are increasingly engaged with the company’s games, and spending more money as a result.

“In the third quarter of 2022 we took steps to optimize the earnings efficiency of our core franchises. Thanks to the major game economy update we rolled out in August as well as a shift towards optimizing user acquisition, our flagship titles generated higher revenue quarter-on-quarter, and we achieved this with a lower marketing spend,” said Huuuge founder and co-CEO Anton Gauffin. “The effectiveness of our strategy has been reflected in our key monetization metrics, as we increased both Average Revenue per Daily Active User (ARPDAU) and Daily Average Revenue per Paying User (ARPPU) for our core franchises quarter-on-quarter. Indeed, ARPDAU for these products now stands at a record high, surpassing even the level reached during the pandemic lockdowns.