The game will be released this Saturday 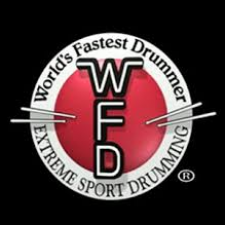 Creators of the World’s Fastest Drummer (WFD) events McAfee Enterprises has announced a partnership with leading game and technology developer Riseup Labs to bring WFD gaming to the masses. This partnership will begin with the official World’s Fastest Drummer mobile game featuring WFD action hero SpeedE, the alter ego of mild-mannered band geek Stanley who emerges in tense situations. The game will be released on Android and iOS devices on December 10.

“WFD is a serious extreme sport with its top athletes setting such WFD World Records as Battle of the Hands record of 1208 single strokes in 60 seconds,” said WFD founder Boo McAfee. “This means their hands are moving over 20 times per second for a full minute. At this point in our brand evolution it is just a natural progression to develop WFD as a gaming property. We could not be any more excited than to partner with such a talented development team as Riseup Labs”

“The WFD mobile game is not for drummers only, we built this game for the entire family and all ages to have FUN seeing who is the fastest in their family, at school, anywhere there’s a mobile device.”

WFD is a global brand which tours the globe, pitting drummer against drummer in search of the fastest in the world, and has been responsible for numerous world records in a variety of drumming techniques. These events have attracted the attention of numerous names within the music industry, including Dream Theater drummer Mike Mangini, who holds the world record for most bare handsingle stroke rolls in sixty seconds with 1138.

"The formation of a partnership with McAfee Enterprises Inc. thrills Riseup Labs. They are pioneers in the field of technology. But it's only the start. We want to make a lasting impression in the gaming world by building a partnership."- said Riseup Labs CEO Ershadul Hoque.

Music games are gaining increasing traction in the mobile games space, with Beatstar celebrating 38 million downloads in its first year in September.

Netflix Games gears up for end of year release blitz