Brazilian startup on some hard lessons 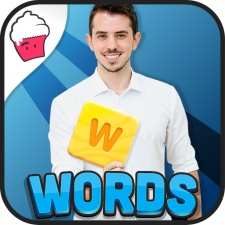 Gabriel Stürmer is the CMO of Cupcake Entertainment.

We have two successful games on Facebook (Letters of Gold and Words of Gold), half a million players and great KPIs.

After being in the Start-Up Chile and GameFounders accelerator programs, we're now bringing Words of Gold, a scrabble puzzle game, to iOS and Android to expand into mobile.

João Vítor de Souza started the company alone to create the perfect game for his mom.

None of the games fulfilled her simple requirements and he saw the potential for a new hit. That's how Cupcake became a real company.

Putting the right team together wasn't easy. Many people came and went until João found the right game designer, artist and developer.

We had to chose between paying bills or investing what we had to bring new users.

I'm Joao's high school friend, who joined CMO and became the business partner João needed. We wanted to turn Cupcake into a successful business, not only making great games.

Only a few game development companies in Brazil can afford not to do outsourcing work to survive.

Cupcake was brave to decided to focus on its own games and not do work for hire.

After launching two unsuccessful games, we finally hit on a promising idea: Letters of Gold, a Facebook word-search puzzler, which launched in late 2013.

Words of Gold was also launched on Facebook about a year later following the same meta-game formula, with a new core.

For one and a half years, both games were doing well in terms of their passionate and engaged players, but not on monetization.

During that period, Cupcake was selected to be part of Start-Up Chile accelerator and we used the investment to keep improving both games. Change after change, the games started showing better results, but still not enough revenue to pay the bills.

In fact, by the end of Start-Up Chile, we were running out of money.

We had to chose between paying bills, knowing we wouldn't have enough money to pay them again the next month, or investing what we had to bring new users and improving the game.

We decided to go big and invested the rest of our money on bringing in new users, as well as focusing development into a list of items to push the games to a profitable level.

We ended the month with just a few dollars in the bank account, but a much brighter future.

Growth, mobile and the future

After that last minute success, our goal now is to grow the company.

Cupcake is making almost three times more money than we spend on new users, which allows us to reinvest more and more of our money and continue growing.

In fact, Cupcake has been growing around 40% every month, which led to the company being accepted to GameFounders, a startup accelerator focused on games.

During our time at GameFounders, it became clear that only having our games on Facebook wouldn't be enough in terms of our plan to become one of the biggest casual game companies in the world.

That means we need to compete with everyone else and go mobile. We decided that Words of Gold would be our first mobile game.

Mobile is a whole new learning for Cupcake, but it's started well.

Words of Gold was featured globally by both Apple and Google on their stores, and many current Facebook users now playing on both platforms.

Now in fundraising mode so we can scale the business, reach more people and build more games, we're also working on the mobile version of Letters of Gold, as well as our third game.

Cupcake on how to build a great community for casual games