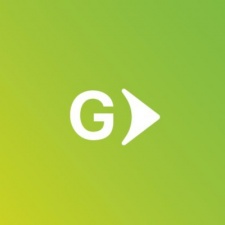 A new survey by YouGov and Globant has examined the thoughts and opinions of 1,000 US gamers regarding the rise of the metaverse – although the survey explicitly excluded mobile-only players.

While the findings do apply to gamers who play on mobile devices in addition to console and PC, they aren’t representative of the mobile gaming community as a whole that has been more actively participating in metaverse platforms.

However, 44 per cent stated that they would accept advertising if it meant they would be given free access to apps, games, and places within the game.

In a finding that will be encouraging to any companies considering a play-to-earn model in metaverse gaming, 40 per cent of gamers surveyed would like a mix of playing and earning in metaverse, while 11 per cent are more interested in earning than gaming. The remaining 49 per cent were more interested in gaming. This suggests that over half of gamers see value of a play-to-earn mode.

Advertising within the metaverse

Taken together, these findings suggest that respondents are, at present, split in their opinions regarding the metaverse, and its potential to affect the gaming experience and, while we can expect these numbers to shift as the metaverse continues to grow, it could be crucial for companies to offer a variety of different services to allow for a variety of experiences based on people’s interest, and gauge the value of each product to different demographics.

With under half of those surveyed suggesting they would accept advertising within the metaverse in exchange for free access to games and services, for example, it could be valuable to offer a variety of subscription models to give subscribers a variety of options.

Despite the heightened industry interest in the metaverse, its fundamental concept remains amorphous. But with concerts now making their way from Fortnite to PUBG Mobile, the explosive popularity of metaverse platforms, and the creation of an informal standards forum (with notable absences), the metaverse will continue to be explored and further defined.