Can Brave Frontier fight the good fight on two fronts? 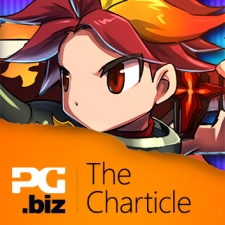 June 2nd, 2014 - 12:00pm
By Chris Kerr
One of the toughest challenges facing any mobile game is undoubtedly cracking the global market.

A game might land on its feet in either the West or the East, but finding success in both territories seems to be a near-impossible task.

We say near-impossible, because one title that's determined to be one of the few exceptions to the rule is gumi's free-to-play JRPG, Brave Frontier.

Brave Frontier is available on both iOS and Android devices, and the game has been putting in solid performances in both the East and the West.

Will fatigue set in, or will it keep up the pressure on both fronts?

A question of longevity

In the UK Brave Frontier has fought its way into the top 100 on both the iPhone and Google Play top grossing charts.

The game encountered more resistance on iPhone, where it clearly struggled to climb the charts and find solid ground inside of the top 50. Nevertheless, it still managed to peak inside the top 20 at #18, and since breaking into the top 100 it hasn't dropped out.

Over on the Google Play top grossing chart the game made quick progress, easily climbing into the top 50, peaking at #16, and generally finding more consistency than its iOS counterpart.

In Japan Brave Frontier's performance on the App Store and Google Play is strikingly similar.

On the Google Play and iPhone top grossing charts it shot straight into the top 100 immediately after launch, effortlessly carving out a place inside of the top 20.

The game peaked at #4 on the Google Play chart and #2 on the iPhone chart, with both charts proving that it is an extremely dominant title in the East.

Perhaps, though, the most pleasing detail for the folks at gumi will be the fact that since entering the top 20 Brave Frontier has rarely shown any signs of deterioration.

Unfortunately, the game couldn't quite replicate its Japanese performance on the South Korean market.

Brave Frontier's performance on the South Korean Google Play and iPhone top grossing charts isn't bad by any stretch of the imagination, but it still pales in comparison to its Japanese showing.

Despite climbing into the top 50 and top 20 on Google Play and iPhone respectively, the game couldn't stop itself from slowly slipping down the charts.

Of course, this slide took place over a period of months, and peak positions of #19 on the Google Play chart and #1 on the iPhone chart, coupled with the fact that the game still refuses to drop out of the top 100 months after launch, means that gumi's JRPG still has plenty of bragging rights.

Is Supercell's Brawl Stars set to rise in the East rather than the West?