A new season: the monetisation of Top Eleven 2016 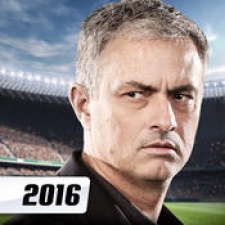 Nordeus' Top Eleven started life as a Facebook game in 2010, before coming to mobile in 2011.

This was before a glut of other football management games came to the platform, including Football Manager and a rebooted Champ Man.

As such, this week's chunky update - billed as Top Eleven's 2016 version, almost as significant as a new game - is aiming to maintain its relevance in the face of increased competition.

However, as someone whose prior experience with Top Eleven was relatively brief, returning to what appears to be the same game with a new training system hardly feels like a revolution.

Indeed, it still fundamentally feels like a Facebook game - very spreadsheet heavy, little in the way of aesthetic variation.

Another bad omen is that the jobless Jose Mourinho retains his position as the face of the game, despite having fallen from grace rather spectacularly in the 2015-2016 season.

Maybe Manchester United will take pity on him (and van Gaal) soon.

However, whether or not its addition justifies such fanfare, the new training options are certainly appreciated.

The way Top Eleven works - and why it's not really comparable to more traditionally-structured football management titles - is that matches are scheduled against fellow players at specific times.

Therefore, if you've played your match for the day, there's little to do while you wait for the next.

Creating training plans for your team, thus developing the skills of individual players and increasing your overall preparedness for the coming fixture, goes some way to filling that void.

Aside from this, another way to pass the time - and a core staple of the football management game - is wheeling and dealing in the transfer market, which here takes place in real-time bidding wars with fellow players.

Just as there's a slightly unpleasant feeling brought about by the association between the beautiful game and the big business from which it's (now more than ever) inextricable, Top Eleven's monetisation is a lot to take in.

An interesting aspect of Top Eleven's in-app economy is the option to select TV and sponsorship deals that best suit your style of play.

With the right-hand corner of the screen dominated by five individual consumables, each of which can be purchased with real money, you could be forgiven for assuming the worst.

The reality, however, is nowhere near as bad.

Featuring Tokens (hard currency), Money (soft), Treatments (accelerates recovery from injury), Morale boosters, and Rests (recovers energy), each largely serves its own specific purpose without infringing too much on the actual playing of the game.

The price of success

First off, use of the latter three consumables can be avoided with strategic play, squad rotation, or simply waiting it out - as you'd be forced to in real football.

This amounts to approximately $41 in real money, but that, conversely, gives a misleading account of the game's generosity; the high prices of its IAPs, and having so many purchasable resources in the first place, both contribute greatly to this value.

Tokens are used, primarily, to skip wait timers on ground expansions and the like - which, incidentally, last multiple days - and to bid on players.

Money is the currency that's used to buy players, but every bid you place costs a single Token. With particularly sought-after players, when multiple would-be buyers are battling it out over multiple bidding rounds, this can be an expensive business.

An interesting aspect of Top Eleven's in-app economy, implemented in a manner that meshes impressively with the football theme, is the option to select TV and sponsorship deals that best suit your style of play.

From a 'Stable Income' that rewards you with one Token, every day, whether or not you log in, to deals that reward daily logins and victories, you are somewhat able to tailor the dripfeed of hard currency.

Monetisation-wise, it's very smart and the best idea the game has to offer.

However, despite my sponsorship money, I quickly ran out of Tokens in pursuit of a player. As such, I invested in the $0.99 starter pack - offering a 90% discount - comprising 20 Tokens, 150K Money, and 15 of each Treatments, Morale boosters, and Rests.

In terms of the transfer market, 20 Tokens is not a lot. Indeed, the low-cost IAPs in particular appear to offer little bang for their buck.

However, I've built a squad that I'm confident can perform well, and a sponsorship deal that gives me enough Tokens to get by without spending for the next little while.

Top Eleven isn't the most generous football management title, then - while very different in style, Champ Man 16 beats it in this area - but it offers enough to be enjoyable for the non-paying player once you wrap your head around it.