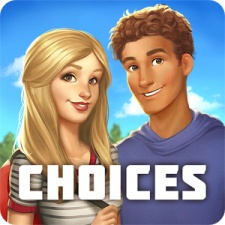 This time we're taking a look at Choices: Stories You Play, the interactive narrative portal from Pixelberry Studios.

Pixelberry Studios was ranked 38th in PocketGamer.biz’s Top 50 Developer 2017 list, and was recently acquired by Nexon.

Choose your own adventure

If there's one aspect of game design that's most notably fallen by the wayside in the world of mobile free-to-play, it's narrative.

In the pursuit of smooth, frictionless experiences, many major developers have seemingly concluded that any meaningful commitment to storytelling – at least in the traditional sense – is seen more as an inconvenience to players than a boon.

Stories are powerful, and it was inevitable that F2P developers would harness them.

But stories are powerful, and it was always inevitable that developers would learn to harness them within a free-to-play framework.

Choices: Stories You Play, along with Pocket Gems' Episode, have thus far been the two best examples, owing more to the Choose Your Own Adventure gamebooks of the 1980s than Candy Crush or Clash of Clans, yet thriving in the crowded mobile games market.

Choices has been the flagship game for its developer Pixelberry Studios, consistently maintaining a top 30 grossing position on the US App Store since its August 2016 launch, but how does it make its money?

Like Episode, Choices doesn't limit itself to a single type of story. Its offerings span high school romance and horror mysteries, to Game of Thrones-lite fantasy.

The stories themselves won't be winning any prizes for originality or flair, but it's how they're told that makes them so well-suited to mobile play: short, action-packed chapters with accessible writing and punctuated by meaningful choices.

Monetisation-wise, things are kept relatively simple. For starters, each chapter is preceded by a 'This chapter is brought to you by…' promotional message and a 30-second video ad.

Then there are the two currencies: Keys and Diamonds. Lacking the usual soft/hard currency divide, both are premium currencies that can be bought using real money.

The opportunity to use Diamonds comes along at specific moments in the stories of Choices, with particular decisions – clearly superior to those without the price tag – only available to the player who forks over currency.

One example in the opening chapters of fantasy story The Crown and the Flame is the choice of whether to pick up a regular short sword (free) or a powerful double-ended blade (17 Diamonds) to fight off the evil King's scouts.

There's no obligation to use Diamonds for a better outcome, but players invested in the story and characters – particularly in the latter stages – may be tempted to do so.

The same basic principle applies with Keys, which can be used to restart chapters and make different decisions. Otherwise, you're stuck with what you did the first time around.

And given that each chapter concludes with a progress report – in The Crown and the Flame, for instance, that is based on the characters you recruit to your cause – it's easy to see the appeal of using Keys to achieve an optimal play-through.

Keys come in bundles ranging from $1.99 for five to $48.99 for 150. As usual, larger packs offer increasing levels of discount – the most expensive representing a 50 per cent discount on the standard rate.

It could be suggested that the very inclusion of these currencies hurts the integrity of the decision-based gameplay, railroading non-paying players into transparently worse choices than those willing to invest.

And yes, there's truth in this, but short of simply putting stories behind a paywall it's hard to see the format working any other way.

Balance is the key, and while I can't claim to have sampled all of Choices' many stories, in my experience there are more than enough key decisions to be made without spending Diamonds.

In the end, then, whether or not to spend money is just one of the many titular Choices.