Zenna's Bohdan Chernobai breaks down the data from emerging markets 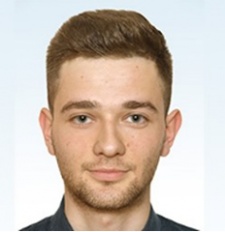 The process of creating a mobile game takes a significant amount of time for planning, designing and fixing.

But when it comes to choosing the primary distribution markets, it all becomes more apparent. Western publishers traditionally release in to the West (the US, the UK, Canada, Germany, France, Australia, etc.), and Eastern publishers to the “East” (China, Japan, South Korea, Taiwan, etc.).

All the countries mentioned above have something common - the huge revenue.

At the moment, China is an absolute leader of the mobile games market with $10 billion of revenues in 2016, with North America, Japan, and Western Europe going right after China with total revenues of $18 billion dollars as of 2016.

But what about emerging markets? And what is important to bear in mind while choosing a new promising market to launch your mobile game in? Let’s take a look.

It’s not a secret that most publishers keep in mind the possibilities of getting high profits and positive ROI when choosing the right markets for their mobile games.

Usually the prime choice is English-speaking countries (United States, Canada, the UK, Australia, New Zealand), and it’s no wonder: these countries are the some of the most profitable and, at the same time, it takes less effort for developer to release here, as there's no need for localisation and it’s a safer bet. These markets are well explored and the culture is similar.

Switching from the Western market to the Eastern market, it’s easy to emphasise China, Japan and South Korea for their tremendous revenues, which make up most of the APAC region's mobile games earnings.

Without these three countries, APAC is hardly able to outperform North America and Western Europe. But it’s only a matter of time before these countries grow. Southeast Asia is the one of the world’s fastest growing mobile games regions in terms of revenues, which are growing with an astonishing CAGR (2015 to 2019) of +45.3%, well above the global average of +14.6%.

This region is also known for the high level of engagement among local players and the huge number of new players.

Young mobile gamers are a major reason for the rapid rise in revenues in the region. In Indonesia, for instance, the difference between male players aged 10 to 20 and 21 to 35 is only 3%, while in Malaysia the number of the young female players is the largest among all age groups.

Mobile revenues for the entire Southeast Asia region reached a mark of $1.5 billion in 2016, with about 95% coming from the “big six” countries: Indonesia, Malaysia, Philippines, Singapore, Thailand, and Vietnam.

Rapid growth in these six countries over the coming years will lead to revenues of $3.9 billion by 2019, as was forecasted by Newzoo.

Among this “big six”, Indonesia is the fastest growing and largest Southeast Asia market in terms of revenues. Singapore is the smallest mobile market in the region in terms of gamers, but has the fourth largest revenues ($211 million) due to a very high average spend per paying gamer of $226.

LATAM (Latin America), consisting of Brazil, Mexico and Argentina as the main mobile markets in the region, is the second-fastest-growing region in the world after Southeast Asia.

Last year, while PC and console gaming took up the majority of the market, 77% of paying console players in Argentina and 64% in Mexico were also spending money on mobile games, pushing mobile games up further.

MEA (Middle East and Africa) is the dark horse of the mobile games landscape. In previous years it was the least interesting region for most game publishers due to several factors. It is generally accepted by Western publishers to consider this region as a hard to enter and monetise, and there's also a strong prejudice that this market is unprofitable.

Nevertheless, MEA is at the moment one of the most high grossing mobile markets in the world, with such revenue leaders in the region as Turkey, Saudi Arabia and UAE. Saudi Arabia, by the way, has the one of the highest average revenue per paying user in the world, which is about $270 (In China, for comparison, ARPPU is about $32).

The last couple of years shows the strong leadership of MEA and LATAM, as regions with the biggest percentage of year-on-year revenue growth.

The relatively small online populations in Indonesia, Philippines, Thailand and Vietnam will increase rapidly as the spread of smart mobile devices drives internet penetration. Malaysia and Singapore have already matured as markets with a large percentage of people owning a smartphone (51% and 87% respectively).

The smartphone penetration index in Brazil, which is at the moment the most attractive country in LATAM for most developers, remains quite low (48.2%), unlike in Chile or in Mexico.

In the MEA region, UAE is known as a country with one of the highest indexes of smartphone penetration in the world (82.1%), with Saudi Arabia (76.7%) in second place.

The average revenue per user is a metric which is quite different depending on the country. One of the world leaders in this area is Japan, which is know for being home to many effectively monetised games in genres including RPGs and strategy, which tend to have a higher ARPU than casual.

In order to create an approximate picture of the ARPU index among emerging mobile games markets, see the table below.

On average, the SEA market shows the best results in terms of average revenues per player each player, and we expect the fastest growth of ARPU in emerging markets among Southeast Asian gamers.

Like ARPU, cost-per-install also changes significantly depending on a number of variables, including platform, vertical and region.

The range is truly wide, going from the lowest in emerging mobile games markets of East Europe and Latin America, to the highest when it comes to Per Loyal User in North America and the most developed countries in the Asia Pacific region.

A “loyal user” has a different definition, but in the case of a game it can be considered as “reaching level five” or “completing a microtransaction.”

As we can see from the data below, among the three regions Latin America has the lowest CPI for both platforms. SEA countries have on average the same CPI, except Singapore, which is more expensive than other countries. In MEA, Saudi Arabia has the highest CPI for iOS, while Turkey has the highest for Android.

Compared to such huge Asian mobile games markets like China and Japan, there is a much higher English proficiency in SEA, especially since it’s the official language of Singapore and the Philippines.

But it's not the same everywhere: according to the EF EPI, Thailand still demonstrates very low English proficiency, while Indonesia, the largest SEA market, only has moderate proficiency. So localisation in these countries really makes sense.

Localising games in the MEA region means a lot, especially in the Gulf Cooperation Council (GCC) countries. At the moment, the absolute leader of the Arab mobile games market is Revenge of Sultans (انتقام السلاطين).

Despite the fact that this game effectively the same as Game of War and made not by an Arabic games company, but by Chinese one - it’s performing much better there than the original. The main factor here is a full immersion into local history, customs and, of course, the presence of the Arabic language.

In 2013, when the US mobile games market was almost a four times bigger than the Chinese market, it was hard to imagine that just in few years China will overtake the market leader and become the new world’s largest mobile gaming market.

Who knows where the next mobile gaming "Sangrail" will be? In the meantime, game developers are able to get the most out of the new and very promising games markets such as SEA, LATAM, and MEA thanks to the following advantages:

Let's emphasise three countries from each of the emerging markets and summarise why these countries are cool:

Most game developers used to consider the Middle East and Africa as the last port of call for new game releases, so the MEA market is missing quality, well-localized mobile games. Among MEA countries, Saudi Arabia is the one of those, but is a country that consumes mobile products in significant amounts and is ready to spend money on, with the one of the highest ARPPU in the world.

With one of the highest growth rates among all emerging countries, a high percentage of gamers who spend money on mobile games, and, finally, a fairly low CPI rate, Mexico looks really attractive as a decent market for upcoming and existing mobile titles.

Google’s Indie Games Accelerator is back, and now open to 37 countries

Apple rolls out App Store to 20 new countries in Africa, the Middle East, and more