It’s got millions of downloads but what is NetEase's plan to monetise its PlayerUnknown's Battlegrounds clones? 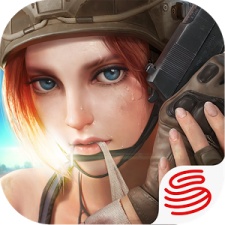 Something very interesting is happening at Chinese publisher NetEase.

Despite being one of the most financially successful games companies in the world, generating $4 billion from its F2P online and mobile titles in 2016, it’s just released a slate of totally free mobile games devoid of in-app purchases.

The reason for this situation is clear.

These games - the official Chinese version of Minecraft and four unofficial mobile clones of PlayerUnknown’s BattleGrounds - are based on $30 premium PC titles, but the premium model doesn’t work for mobile games.

So, in the case of the PUBG clones where time is of the essence, NetEase has just rush-released them. Its thinking appears to be to concentrate on getting players now and worry about monetisation later.

Whether or not this proves to be a sensible long-term strategy, in the short-term it is working.

While Tencent has announced it’s releasing two official mobile versions of PUBG in China at some stage in the future, NetEase’s clones are already racking up downloads by the millions.

Only Survivor Royale - a Westernised version of Knives Out - can be said to have failed to find an audience, only being a top 10 most downloaded app in two countries, Brunei and Thailand.

When it comes to monetising this growing player base, NetEase has some significant problems to overcome, however.

The entire point of battle royale games is each player enters the arena without advantage.

NetEase’s thinking appears to be let’s concentrate on getting players now and worry about monetisation later.

The eventual winner of such last-man-standing experiences can be lucky in terms of the items they find during the game and skillful in terms of how they use them. But they can’t parachute into battle with an assault rifle, body armour and the extra ammunition they just acquired through IAP spending.

In this way, the classic driver of Chinese F2P monetisation - the psychology of pay-to-win - is void.

Of course, buying aesthetic items to customise your character is one obvious opportunity to explore.

NetEase already rewards players with new clothes, while PUBG developer PUBG Corp has also integrated such microtransactions into its PC game. Yet because PUBG runs on the Steam platform, players who acquire such items can buy and sell them outside of the game through Steam Marketplace.

This encourages spending as it provides a level of financial flexibility that’s not available on mobile. It’s one that would require a large investment to create, even if Apple or Google allowed it.

Other options include in-game advertising, although this is most effective when it can be plugged into an in-game economy powered by IAPs.

How would rewarded video ads work in a game with nothing to speed up or level up? Or, more generally, how attractive are aesthetic items in a purely skill-based game in which 99% of player lose every match?

This dilemma isn’t something NetEase is unaware of and its shareholders are certainly keen to get more information about the situation too.

In its most recent financial call with analysts, NetEase executives were asked multiple questions on the subject of its battle royale or survival games, something CFO Charles Yang was very keen to redefine.

“We don’t agree to call this genre as a survival type of game,” he said, arguing the “total freedom to experience the game with endless possibilities” meant NetEase viewed them as sandbox games, just like its official Chinese release of Minecraft.

It’s a significant switch, although one that smacks of sleight of hand. Minecraft is a sandbox game in which players can make whatever they like, although its free play Creative mode is combined with a more structured Survival mode.

NetEase CEO William Ding’s explanation that his company’s version of Minecraft should be considered a “sandbox platform”, or “essentially … a marketplace”, in which developers will be encouraged to come up with “exciting, innovative modes” users will be willing to pay for was also interesting.

This seems like a reasonable plan. The core Chinese Minecraft experience will be free but, as has already happened in the West, a marketplace will enable approved partners to sell new items.

Yet, when viewed as sandbox games, battle royale games are the exact opposite of a Minecraft.

It’s trivial to imagine a battle royale mode in Minecraft. A Minecraft mode in Knives Out is something else entirely.

Minecraft offers a core mode in which you can do anything and other modes which are focused on more specialised activities. As currently designed, battle royale games are both the core experience and the highly specialised mode.

Put another way, it’s trivial to imagine a battle royale mode in Minecraft. A Minecraft mode in Knives Out is something else entirely.

Building the plane in flight

Maybe NetEase’s next target for mobile cloning will be Epic’s Fortnite, which would be ironic given the base-building sandbox shooter’s current success arises because it’s launched a specialised battle royale mode; its own PUBG-like.

More seriously, it seems NetEase’s doesn’t yet have a strong idea of how it expects to monetise Rules of Survival or Knives Out. And, perhaps, this isn't a stupid move in the circumstances.

It has released four popular games in a genre in which its arch-rival Tencent is yet to launch. And monetisation is a tricky skill to get right at the best of times.

With the data from millions of live players, maybe NetEase can subtly and quickly find the sweetspot to monetise its mobile battle royale games; something no other developer has ever done. But don’t expect anything soon.

“We think there are many opportunities in terms of monetisation … without compromising the user experience,” Ding told analysts.

“We will have a very comprehensive approach," but “at this stage, we are not rushing out … any of the monetisation initiatives for these games”.

How does Rules of Survival monetise?

Are mobile clones of PlayerUnknown's Battlegrounds fighting a losing battle?

NetEase reveals Nerds vs Veterans battle in Immortal Conquest to raise $15,000 for charity