Honor of Kings leads the way 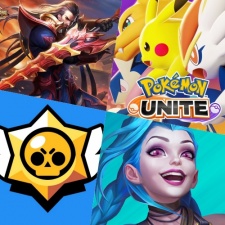 According to Sensor Tower, mobile MOBAs have generated $300 million in monthly revenue on average throughout 2021, a rise of 14 per cent from the previous year.

The COVID-19 pandemic fuelled the surge in spending on MOBA titles, alongside the rest of the mobile games industry, with average monthly revenues rising 43 per cent year-over-year in 2020.

Tencent’s flagship title Honor of Kings, Arena of Valor in the West, is responsible for the majority of the growth.

This year alone it has generated $2 billion in revenue, exceeded $10 billion in lifetime revenue and is the highest-grossing mobile game of all time.

Honor of Kings generates the bulk of its revenue from China where the game has retained enormous popularity since its launch in 2015.

Brawl Stars is currently the second-best performing mobile MOBA of the year, generating over $320 million between January 1st and August 31st, 2021.

The largest market for Brawl Stars was the US which was responsible for 16 per cent of overall consumer spending this year.

New kid on the block Pokémon Unite surpassed 15 million downloads within its first two days, the biggest launch for the genre.

Within its first seven days, Pokémon Unite has exceeded 30 million downloads (and was also selected for the coveted PG.biz Mobile Game of the Week).

Pokémon Unite was developed through a partnership between The Pokémon Company and Tencent owned TiMi Studios - no doubt Tencent had provided much needed MOBA guidance.

The MOBA mobile genre is a volatile marketplace and is dominated by industry titans, such as Tencent and Supercell, making it difficult for newcomers to enter the submarket.

The highly anticipated League of Legends: Wild Rift, a mobile port of the popular PC game, has had a staggered rollout since October 2020 in Asia. Wild Rift is expected to become one of the leading mobile MOBAs following its worldwide release.