Downloads not an indicator of revenues and engagement 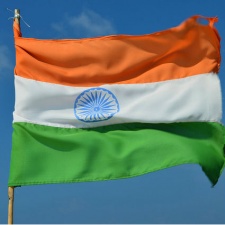 VMAX has released a report detailing India's mobile games market by pulling together a string of research from its own data and other research firms to provide an overview of the local industry.

The report forecasts that more than 244 million people in India will own a smartphone in 2017.

It claims that according to eMarketer, by the end of this year there will be 204 million smartphone users in India, rising a further 40 million next year.

Research from Priori Data meanwhile shows that over 4.35 billion apps were downloaded from the Google Play Store in India between April 2015 and March 2016.

This is a significant statistic as 94% of mobile web traffic in the country is said to come from Android in 2015, while iOS accounted for just 2%.

The large number of downloads makes India the top country in terms of year-on-year market share growth for the Google Play Store, and India ranked third in terms of total downloads, behind Brazil and the US.

Interestingly however, according to Priori Data, which downloads between April 2015 and March 2016, the most popular genre amongst users was racing, with over 170 million downloads.

The second most popular genre was action at 163 million downloads, then casual with 156 million and sports with 138 million.

The biggest challenge for India remains in generating significant revenues from those high numbers of downloads and available apps.

App Annie recently reported that India’s mobile gaming market could be worth $1.1 billion by 2020, meaning there is still some time to go before the sector becomes a serious money maker for big publishers. And even then, not everyone is sure this is a figure that will be reached by then.

VMAX’s report shows that the number downloads doesn’t necessarily reflect engagement. While more racing games were downloaded than any other, players only spent around 4.2 minutes on those games each day on average, playing once.

You can read the full report from VMAX here.

You can also view an infographic from VMAX detailing the state of the market and some publishing strategies below.