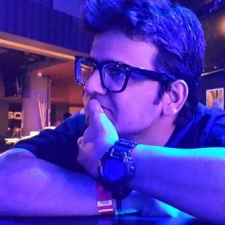 Chirag Chopra is the founder of Lucid Labs, known for its debut game Roto and 2015 puzzle game Stay, Mum.

Chirag Chopra: I think it has to be Apple and Google dropping the minimum price of games and IAP.

That was really shocking to me. Buying a game for as low as $0.15 is something I had never imagined.

We went from creating an arcade game as our debut game to creating something completely different and weird - Stay, Mum. It’s a game based heavily on emotions and the story rather than gameplay.

I think updates will play a major role in any game. Developers will start using updates as content extensions rather than simply fixing bugs. They will take updates seriously and use it to retain players like a PC or console game.

Gone are the days when you could just make a game with 50 levels, upload it to the App Store and wait for the results.

It has to be Lifeline…, a small text-based adventure which uses phone notifications to play out. It’s a very clever game where you talk to the protagonist in the game and help him survive on a lonely planet.

I remember waking up to its notification when the character called out for my help and required my attention. Truly creative and clever!

I want to make more games with emotional and meaningful messages behind them.

And I want the industry (especially the Indian industry) to invest more time on the polish and quality of the game rather than monetization and social elements.

We want more high quality games, at least comparable to games made in the western market, probably even better!