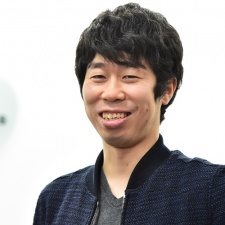 Japanese publisher Cygames was only founded in 2011, but you may be forgiven for thinking it's been around a lot longer.

Thanks to its early success with Rage of Bahamut, the developer has grown substantially in just a short space of time.

Today it houses eight subsidiaries, that work in areas from development to animation, and has a healthy portfolio of successful titles, particularly in its native Japan.

But the West is a tougher nut to crack. On a recent visit to the company's Tokyo HQ, PocketGamer.biz sat down with Cygames Executive Director Yuito Kimura to discuss what its plans for 2017 are, how it's top games and new releases have been performing, and how its strategy in the West differs from Japan.

Pocketgamer.biz: Japan is a hugely competitive market, how much are UA and marketing costs there compared to other countries?

Yuito Kimura: It’s not so much that it’s competitive, I mean when you put out a game in Japan, if it’s something that grabs people’s attention then it’s not so hard to get more people to play it. So in regards to the user acquisition and marketing costs, it’s not as big as it may seem.

With Shadowverse we hardly spent any money on promotion when it first came out. Our original plan was to wait until everything was stable in the game before we actually started spending money on the promotion.

However, without us doing near enough any promotion at all, we already found ourselves with millions of installs.

Nevertheless, after it had become somewhat popular we did start spending money on promotion because, given the nature of the game, it does need a lot of people playing it. So in order to generate some buzz, we have spent some money on promotion. But this shouldn't be attributed directly to the fact that the game was available in Japan.

In Japan our focus for promotion is not on user acquisition, but more on keeping the momentum going.

On the other hand though, when it comes to countries outside of Japan, we are spending a significant amount of money on promotion. When it comes to promotion in Japan, we know what to do in order to get the effect we want.

However we don't have enough knowledge about the Western market, such as the culture for example. As such, we don't know what is most effective and are trying lots of different things. Obviously this increases the costs.

In Japan our focus for promotion is not on user acquisition, but more on keeping the momentum going, compared with the West where we are still trying to establish both Cygames and Shadowverse. As such, this creates a cost imbalance.

Is the return on investment from this potentially higher than in other countries however?

For Cygames our return on investment is obviously significantly higher in Japan, but it also has to do with what kind of game it is.

Also, when it comes to Cygames, in Japan pretty much everyone knows who we are, and if we announce there is a brand new title from Cygames, that information alone generates enough buzz.

This certainly played its part in the launch of Shadowverse. However, in the West not many know about us unfortunately, so we have to put more into promotion which lowers our return on investment compared to Japan.

We have a good amount of players playing Rage of Bahamut in Japan still.

Rage of Bahamut was a huge hit in the West but was recently closed. Is the game still a significant performer in Japan?

We have a good amount of players playing Rage of Bahamut in Japan still. it’s definitely not as much as we had at its height, but we have managed to celebrate its fifth birthday recently.

Our aim going forward is to maintain its strong performance in Japan. Rage of Bahamut is the very first game Cygames put out, so we intend to continue supporting it. This is of course alongside Shadowverse and Granblue Fantasy, which is currently only available in Japan.

It’s definitely possible. In fact right now we have an English language setting and we are looking at how people are reacting to that, and we will use this as a base in our considerations for a Western launch.

Why is it so difficult for Western and Eastern companies to find sustained success in opposing markets?

First is the visual side of things. As in how things are made and what they look like. The other is the game mechanics. What kind of game mechanics people from different cultures enjoy.

I’m an avid game player, but Japan, other Asian countries and Western regions all have different kinds of games and it’s really hard to meet the common ground. This may explain why developers and publishers are having difficulties finding success in other regions.

How has Shadowverse performed so far and what are your expectations moving forward?

Shadowverse managed to start really well and we have a very good amount of players in Japan already. Moving forward we want to increase the number of players outside of Japan.

Japan, other Asian countries and Western regions all have different kinds of games and it’s really hard to meet the common ground.

We have also implemented global servers right from the very beginning. This was something that was critical to us in development as we felt it was essential to global success.

In essence this helps the game’s global success, as the established Japanese user base meant that the game was heavily populated leading into the overseas launch, and going forward we hope this helps grow the global user base.

We also plan to support Shadowverse through a long-term strategy.

How significantly does the number of users differ from PC to Mobile?

In Japan most of our users are playing on mobile. However when it comes to the global version there is currently an even split between the two.

What’s changed in the Japanese mobile games market between 2012 to now, in terms of the most favoured features among players and which genres are most successful?

This is obviously a long story, but 2011 was when Cygames was founded and since then there has obviously been a huge change in the market.

Puzzle & Dragons arrived and around this time people in Japan expected more from a smartphone game.

Back when we started the company everyone had what we in Japan called a feature phone.On these platforms you couldn’t really put too many game mechanics into it, and this led to a rise in what we now commonly call in Japan the social game, which requires communication between players.

These kinds of games with these kinds of elements were popular back then because we couldn’t make the game mechanics aspect as strong as we’d have liked.

Nevertheless, because since it was on a mobile phone, those who were not gamers were still able to experience for the first time something which involved MMO-like mechanics and started to understand games.

As more games came out, people were both asking and expecting for something of a better quality, and it was right around that time when smartphones came out. When they first came out, there weren’t many games available of high quality.

However, then Puzzle & Dragons arrived, and around this time people in Japan expected more from a smartphone game and this delivered. This caused the industry to improve mechanics in line with the evolving technology.

This brings us to today where now the market is looking for something new to the platform. For example whilst card games have been around forever, Shadowverse took this and expanded upon these ideas offering something new yet familiar, and that’s probably why people jumped on it.

Domestically we have several new titles in development, and some are new genres that we haven't explored before. So that is what we are working on right now.

Outside of Japan however, we are continuing to focus on Shadowverse and making sure it becomes a global hit for Cygames, and help grow both the game and the brand.

In general though, our primary focus is on success overseas in 2017.