Companies to work closely on development, localisation and distribution 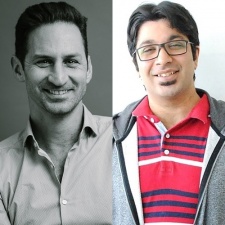 Social casino developer KamaGames has partnered with Yoozoo Games to make a new poker title for the Indian market based on its Pokeristgame.

The new game will feature the same modes and features of Pokerist, which KamaGames has released in other markets, and will be fully localised for India.

The title for the game will be announced in the near future and the app itself is expected to be released on mobile devices by the end of the year.

It's one of the first deals for Yoozoo's Pune studio after it set up in India in early 2017. The partnership is part of KamaGames' plans to expand its operations in the Asia market following successful growth since it was founded seven years ago.

KamaGames has around one million new users a month accessing its portfolio of games and over 90 million users in total around the world.

Though it’s already been active in India, KamaGames Chief Marketing and Commercial Officer Daniel Kashti says Yoozoo’s understanding of the local market and players, as well as its distribution expertise, will help grow its presence even further.

To that end, while KamaGames will be responsible for the game’s live ops and economy management, Yoozoo will contribute to localising the app, all the way from the user interface to the app’s tournaments and competitions.

“KamaGames has been active in the Indian market for years, and were able to demonstrate solid results in terms of reach, engagement and even monetisation,” says Kashti.

“We have gathered a lot of knowledge in how to run live ops in the market and how to optimise user acquisition while navigating an ocean of fraudulent traffic. Through partnering with Yoozoo we expect to further grow the market and obviously to grow KamaGames' share of it. We believe that we will capitalise from our pivotal position as the market develops.”

Typically, the Indian games market has been known for its high number of downloads and low spend. But Kashti believes that India’s love of card games like Teen Patti, which consistently ranks as the most popular mobile games in the country, could give its Pokerist-like title a boost.

On top of that, he says there’s been an upward trend in the past 18 months for social casino gaming, backed by the recent legalisation of poker in certain areas in the market.

Social casino as a genre has shown that Indians, if given the right content, do spend money.

Yoozoo Games India CEO Anuj Tandon is also confident the social casino genre can find a large, paying audience in India and touts its use of IAPs, rather than ads, as a sound business model for the country’s mobile owners.

“It has been our firm belief that any sustainable mobile gaming business that is built in India will need to bet on in-app purchase monetisation as a strategy, ad-based monetisation is not scalable and is a short-term view on India,” he says.

“Social casino as a genre has shown that Indians, if given the right content, do spend money and it will certainly be one of our focus genres, but that will not be the only genre we will be focusing on - there are some midcore titles that are going to launch soon too.”

Kashti is bullish on the potential of the Indian mobile sector, and believes it to be the “next biggest booming market for mobile games”.

He cited statistics that claim between Q2 2014 and Q2 2016, game downloads in India have more than doubled, predominantly by Google Play which he says has generated 13x more downloads than iOS.

The potential for revenue generation was highlighted in a report from App Annie last year that predicted the country’s mobile games industry will be worth more than $1.1 billion by 2020.

“The market has seen a shift from console and online gaming to mobile gaming in-line with global trends but mostly due to growth and improvement of wireless connectivity (and the availability of Wi-Fi networks), growth of mobile subscribers, availability of low-cost but powerful smartphones and availability of content that has a local flavour,” explains Kasthi.

“This has reflected well on the share of time Indians are spending playing games on their mobile.”

He adds: “The increased availability of 4G connection, and the integration of more payment solutions - including carrier billing supported by major local TelCos - into Google Play Wallet has also had a significant impact on ability to monetise.

“There is of course one caveat, which is that the current grossing numbers are fairly low. It will take a few years of nurturing before we'll start seeing these spending habits change.

“All of the above, coupled with the general openness of a large segment of local audiences for Western-style games is making the market very interesting for KamaGames.”

For Yoozoo’s part, it’s looking for more partnerships with like-minded developers who “want to take a bet on the Indian market”.

But for now though, the studio is focused on its partnership with KamaGames as part of its mission to bring “the best products to Indian mobile gamers across all genres”.