Kaz Hirai is stepping down from Sony after 35 years

I am confident that everyone is fully aligned under Yoshida-san's strong leadership, and are ready to build an even brighter future" 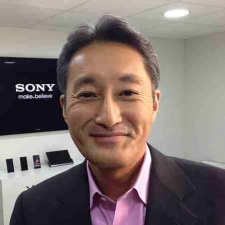 Sony chairman Kaz Hirai is retiring from the company after a 35-year career.

Hirai stepped down as CEO last February, handing off the role to then-CFO Kenichiro Yoshida. He has now announced plans to relinquish his chairman position on June 18th.

At the behest of Sony’s management team, Hirai will occasionally give input as a senior advisor. But this largely marks the end of Hirai’s time with Sony, after first joining the company’s music division in 1984.

Along with Yoshida, Hirai is largely credited as responsible for Sony’s turnaround through the “One Sony” policy and the enduring strength of PlayStation.

"Since passing the baton of CEO to Yoshida-san last April, as Chairman of Sony, I have had the opportunity to both ensure a smooth transition and provide support to Sony's management,” said Hirai in a statement.

“I am confident that everyone at Sony is fully aligned under Yoshida-san's strong leadership, and are ready to build an even brighter future for Sony. As such, I have decided to depart from Sony, which has been a part of my life for the past 35 years.

“I would like to extend my warmest gratitude to all our employees and stakeholders who have supported me throughout this journey."

Both representative director and chairman Osamu Nagayama, and former chairman Eikoh Harada are likewise retiring from Sony alongside Hirai.