August 22nd, 2013 - 12:01am
By Jon Jordan, Contributing Editor
The rise of mobile devices has imploded many established desktop markets.

It's happened to the German MMOG and browser game market, and it's having a similar impact in China.

The result is a rush to extend PC MMOGs for mobile devices, or come up with all-new mobile MMOGs.

The latter likely to be the winning strategy over the longterm, but as demonstrated by companies such as Kabam (Kingdoms of Camelot) and 5th Planet (Dawn of the Dragons), there is another way.

These companies have porting their existing MMOGs, reworking them as standalone mobile-only games that can take advantage of well-known brands and proven gameplay and monetisation.

And that's the plan for Chinese developer and publisher Hoolai Games

Best-known in China for its successful Hoolai Three Kingdoms - the first iOS game to generate $1 million a month on iOS - the company has licensed 7Road's Wartune for a global publishing on mobile devices.

Already a success in the west on web platforms such as Facebook, Kabam and Kongregate, Wartune is a city-building strategy RPG including gameplay elements such as resource farming, multi-player dungeons, PvP arenas, and a strong guild system. 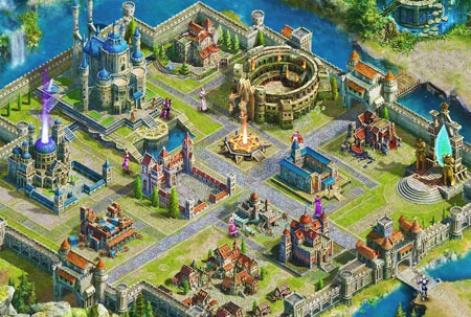 "We're keeping the concept and gameplay, but optimising for mobile players, both in terms of the control method and the style of play," explains Hoolai president Jian Huang.

"We're breaking down missions that might take 30 minutes on the web into smaller fragments. We don't expect mobile users to be playing for three hours."

The action elements of the game have also been made more interactive.

The Chinese version of the game is currently in beta testing, with the global version pencilled in for a Q4 2013 release.

Given that Hoolai's expertise is domestic, it's looking to partner up for the wider release. 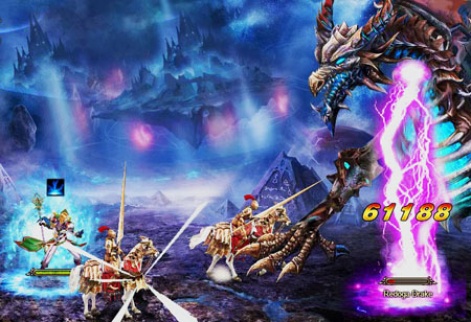 "The development work happens in China, but we're looking for a partner to launch and operate the game in the west," says Huang.

"We think there's still room for a proven web game to be very successful on mobile, both in China and the west."

You can see what Hoolai Games gets up to next via its website.