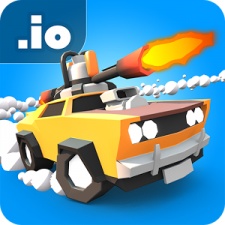 Australian studio Not Doppler has racked up four million downloads in two weeks for its first in-house developed game Crash of Cars.

The new mobile title takes the popular ‘.io’ game type and introduces fast-paced car battles to the real-time multiplayer fray. Players are tasked with collecting as many crowns as they can while evading enemy attacks.

To date players have taken part in more than 193 million battles.

Sydney-based Not Doppler has previously acted as a publisher for third-party titles such as the Earn to Die series and Strike Force Heroes.

Its first in-house developed game, Crash of Cars was said to have been created by a seven-person team over 14 months.

During the title’s first week of launch it reached as high as the top 10 on the US App Store download charts.