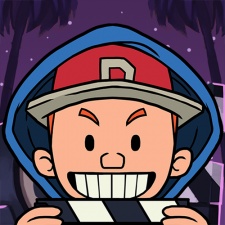 The deal could rise a further $75,000 should the studio bring in $263.5k in revenue over the next two years. All of the money will be paid in iCandy shares.

All games developed by Joyseed, such as the recently soft-launched Hollywhoot, will continue to be released under the company's own brand. Marketing ooperations will be managed by iCandy’s Singapore subsidiary.

iCandy said the deal would also enable Joyseed to harness iCandy's userbase of 23 million mobile gamers to market its titles to.

“Before its release, Hollywhoot has already gained attention locally in Indonesia, winning the Game of the Year and Best Visuals at Compfest 9 and also receiving a nomination for the second International Mobile Gaming Awards SEA.

“Following the limited early access launch in May, the game has continued to gain the attention of players from across the globe with its fun take on Hollywood parodies. This transaction will allow Joyseed to capitalise on the established player base of iCandy and ulitise its rich experience and resources.”

Hollywhoot is set to be given a global release on iOS and Android in July 2018.