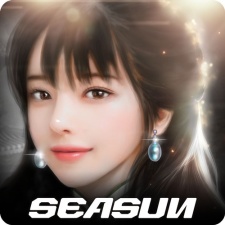 Chinese games developer Seasun has hit the top of the iOS and Android free app charts in Korea with Clans: Shadow of the Moon.

The title is an MMORPG that covers eight different worlds and revolves around exploration and levelling abilities.

Seasun recently teamed up with mobile ads outfit for a new user acquisition campaign for the title. Following the partnership, Taptica claims it scored a 170 per cent increase in ROI through the ad company’s targeted app install campaign.

Taptica campaign focused on engaging new users throughout the country while optimising toward CPI, loyal user rate and registration rate.

According to Taptica, Clans: Shadow of the Moon also snagged thousands of weekly installs and scored retention rates 12 per cent above Seasun’s target.

Last year Tencent acquired a 9.9 per cent stake in Seasun for $142.2 million,with the two having worked on JX Online together.

Seasun is also known for games such as GO Titans, Ships of Glory and Brave Cross.