Charts for the week of November 12th 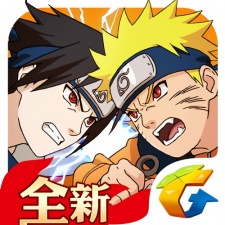 This week's charts cover the period from November 12th to 18th.

King’s Candy Crush Saga has established itself as a top dog yet again, taking the top spot on both iOS and Google Play grossing charts. It took those spots off of Epic Games’ Fornite on iOS and Niantic’s Pokemon Go on Android.

Elsewhere, 101 Digital’s Swing Star moved to the top of the iOS free chart while Madbox’s Stickman Hook also jumped up to the top spot of the Android free chart.

The UK charts didn’t see a great deal of movement at the top end, but FunPlus did see Guns of Glory take third on the Android grossing rankings.

Elsewhere, Zhou Jiaping’s Escape Room moved up to second on Google Play’s free chart. Outfit7 also saw some movement with My Talking Tom 2, which climbed up to fourth on the iOS free chart.

Concerning new entries, Madbox’s Stickman Hook made its debut at fifth on the Google Play free charts and also saw the game move up to third on the iOS free charts. 2K’s WWE Supercard also appeared in the top grossing chart for Google Play in seventh.

It proved to be an excellent week for Anime tie-ins over in the Chinese iOS charts, with Tencent’s Naruto Online debuting at second on the iOS free download rankings and third on the top grossing list.

Speaking to PocketGamer.Biz earlier this year, one of the game's creators, Teknopilot’s co-founder Elin Festøy, said they were inspired to tell the story of Lebensborn children on mobile.

According to Festøy, had it been done as a documentary the visual impact of the subjects being children would have been lost as they would’ve appeared as adults.