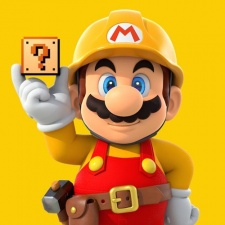 Nintendo has revealed Super Mario Maker 2 for the Nintendo Switch.

The title is a sequel to the Wii U title that lets players build their own Mario levels, as well as play creations from other users around the world.

The title is set for release in June 2019. The game will help fill up Nintendo’s calendar this year, which was looking pretty sparse for big first-party content.

Few details were revealed about the game during the Nintendo Direct announcement. Our sister-site Pocket Gamer speculates Super Mario Maker 2 could have multiplayer, given Luigi is pictured on the cover art.

Tencent is set to publish Switch version of Super Mario Bros. U Deluxe in China