Vita Island is no more 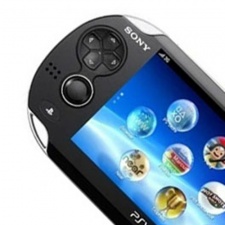 Sony looks set to cease production of the PlayStation Vita in Japan in a move that would mark the end of the handheld in all territories.

As reported by Gematsu, the last batch of Vitas could arrive within the next two months. The official Sony Japan website only currently lists two models, the PS Vita Black and PS Vita Blue. The product description for each comes with the note that “shipments are scheduled to end soon”.

Although no official timeline is given for when the final allotment will arrive, Gematsu highlighted that when the PlayStation 3 received the same notice back in May 2017, the company stopped producing the console two months later,

The PS Vita launched in December 2011 as a successor to the PlayStation Portable, but struggled to reach a large audience.

Sony announced last year that it would be ceasing production on all physical Vita Games except for Japan.

Following this, Sony Interactive Entertainment senior vice president Hiroyuki Oda confirmed that the Vita would stop production in Japan sometime in 2019 which would tie-up with this information.

Sony’s former CEO Andrew House spoke in 2017 about how the firm were looking to move away from the Vita and concentrate more on mobile and home entertainment.