Ubisoft, ID Software and Unity all partner with the firm. 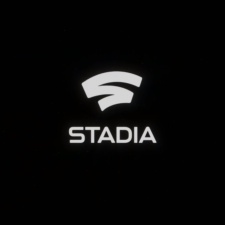 Google has revealed a cloud streaming platform named Stadia at its GDC keynote.

CEO of Google Sundar Pichai took the stage to unveil Stadia noting that the company has been “building a game platform for everyone”.

An example was shown where a user was watching a video game trailer on YouTube, however at the click of a button the player could jump into the game in five seconds, according to the firm.

Google boasted that the platform can work seamlessly across desktops, laptops, TVs and phones.

While no console is involved, Google did show off its Stadia controller. The device includes a dedicated capture button and built-in Google Assistant to speak with if any issues occur when streaming.

A number of firms were revealed to be partnering with Google on the project including Ubisoft, ID Software, Unity and more.

Google took the opportunity to unveil Stadia Games and Entertainment, its new first-party studio. The new company will be headed up by Ubisoft and EA veteran executive Jade Raymond who joined Google earlier this month.

Stadia promised new features for YouTube creators too. Its Crowd Play function will allow fans and viewers to jump into games with their favourite creators at the click of a button.

Cross-play was also discussed with Google giving players the opportunity to save and pickup across different devices - if developers allow this.

The streaming platform will launch in the US, UK, Canada, and parts of Europe in 2019. No price has been given at this time.

Google will host another conference in the summer to provide more details on games coming to Stradia.