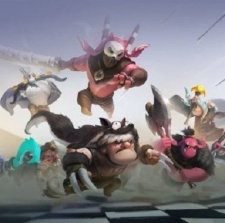 The developer behind Steam hit DOTA Auto Chess, Drodo Studios, has soft-launched a new standalone version of the game on mobile.

The firm signed a deal with Chinese publisher Dragonest to bring the game to the platform back in March.

The title is an eight-player turn-based strategy game. Much of the action is automated, with the player instead focused on tasks such as team composition and resource management.

The PC version of DOTA Auto Chess has proven immensely popular despite only being accessible through Steam Workshop, racking up more than six million players to date.

PC giant Valve last week revealed that it was making its own version of DOTA Auto Chess.