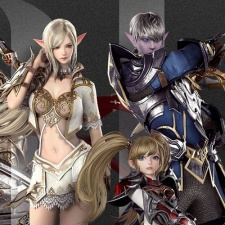 The mode allows up to 25 players to enter the fray to be the last person standing. Users will have to choose from one of four battle royale-exclusive characters, all starting with the same equipment, level and stats.

Players outside the main play zone, which as is typical with battle royale shrinks as the game goes on, will be penalised with character debuffs.

Winners will receive exclusive currency for new items and rewards.

Alongside the battle royale update, Netmarble is introducing in-game events such as Attendance vents, in which heroes receive prizes by logging in each day for up to 14 days, and Bingo events, where players earn points by completing missions.

The introduction of the new mode and events is likely an attempt to stem the decline in Lineage 2 Revolution sales, which recently saw it overtaken by Blade & Soul Revolution as Netmarble’s biggest sales driver.

Despite its decline, the title has generated more than $1 billion in lifetime sales to date (an estimate later confirmed by Netmarble) and has proven to be highly successful for the publisher.

You can discover more games that have grossed over $1bn in our list here.

How does Lineage 2: Revolution monetise?

"Creating an MMORPG that anyone can play": The making of Lineage 2 Revolution